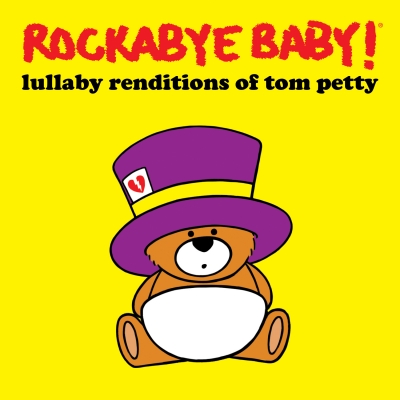 On November 30th, Rockabye Baby will release ‘Lullaby Renditions of Tom Petty,’ a thirteen song tribute to introduce the late, great legend’s biggest hits to the next generation of heartbreakers. With mellowed-out versions of “Don’t Do Me Like That,” “Mary Jane’s Last Dance,” and more, the album will have baby free fallin’ into sweet dreams of rock and roll.

Listen to the lullaby version of “American Girl” HERE

With its latest hat-tip to Petty, ‘Lullaby Renditions’ continues Rockabye Baby’s tradition of making the most mom-and-dad friendly “children’s music” around, giving parents a way to bond with their kids over some of the most righteous tunes in existence. It’s the best way to help save new parents from a potential up-all-night-with-infant breakdown, and, just in time for the holiday season, the album will be available as a Record Store Day exclusive, limited-edition, colored vinyl (with an activity on the inside!) on Black Friday, November 23rd.