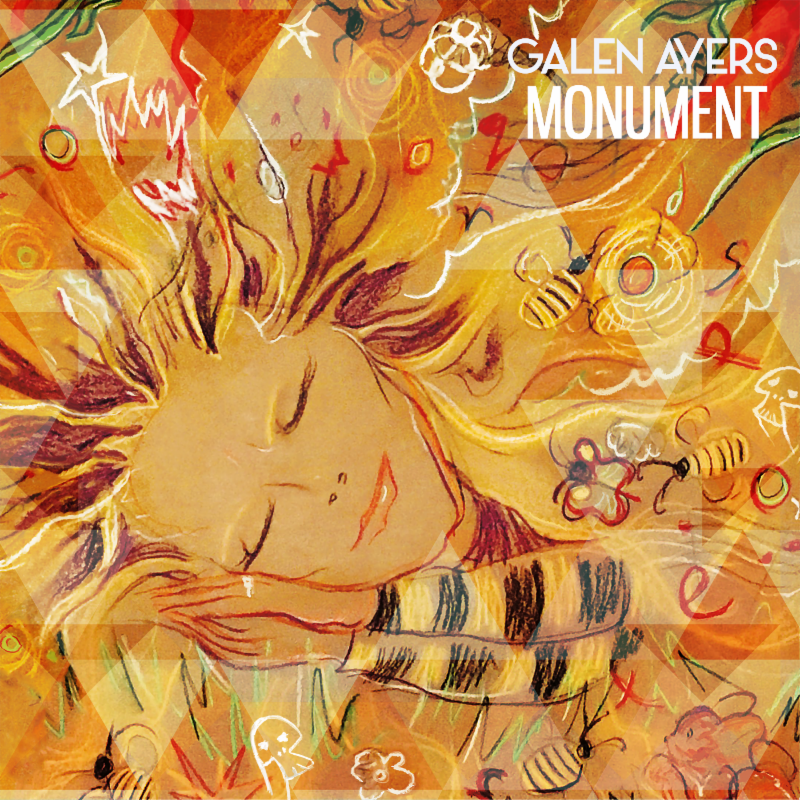 NEW YORK — March 1, 2018 — Galen Ayers is not just watching anymore, perched safely in someone else’s background. She’s found her own voice; she’s telling her own story. Monument, set to release June 15, marks a hard-won victory for the artist – she has finally claimed what’s hers: I am here. This life is mine.

As the daughter of psychedelic rock pioneer Kevin Ayers, Galen spent much of her life observing. Written on the Grecian island Hydra after his passing, Monument captures the grief and growth she experienced in the two years following while learning to become the author of her own life’s story.

Produced by longtime friend Paul Simms, the 10 songs on Monument refuse to commit to genre: moody pop, nods to 50s girl-group doo-wop, dreamy folk, trippy rock, flamenco, and more, are all anchored by a single force: Ayers’ brilliant soprano. Surrounded by sparse instrumentation, her vocals are front and center, not obscured or cushioned by anything else. While each song on Monument is a standalone gem, they are weaved together with related themes of grief, longing, and becoming whole.

Ultimately, what’s so personal about the album is what makes it so universal, and capable of delivering connection and comfort. “You Choose” opens the album with bell-like acoustic guitar and conversational vocals, offering an invitation to intimacy and connection. “Collide” dives into the accidents that change lives, while “Into the Sea” yearns to find partnership. Channeling the Ronnettes or Supremes, “Duet” mulls over the co-dependent dance so many relationships devolve into. “Run, Baby, Run” revels in Galen’s roots, all punchy percussion and lush Spanish lyrics butting up against recurring English protests. Album closer “Monument” is very much for Galen’s father: haunting and heartbreaking, the song delves into the pain of wanting someone who’s left this world forever.

Music has always loomed large for Ayers, even when she tried to escape it. She spent much of her early life defined by her father and was later devoted to caring for him. Galen’s close relationship with her father remains evident over the past years: Kevin’s last recording was a father-daughter duet in 2010, and Galen recently began performing a collection of Kevin’s songs as duets with his former collaborator Bridget St. John, including a performance with Wesley Stace’s Cabinet of Wonders.

Ayers spent her childhood on the Spanish island of Majorca: lilting traces of her native tongue can be heard in sometimes slightly off-kilter syntax in her otherwise posh British English. While in school achieving undergraduate degrees in religion and ethnomusicology, as well as M.A.s in Psychology of Religion and Buddhism, she started Siskin, a critically acclaimed band she co-fronts with Kirsty Newton. A born activist, Ayers works with numerous charities and other organizations, and as a writer for various outlets.

As far-ranging as Galen’s interests and expertise are, they all point to that deeply human thirst for meaning. “I’ve come to realize that life is inherently meaningless,” she says. “So it’s up to you to paint it or write it or sing it––whatever you want to do. And don’t have just one, because that is a perilous life. You need a lot of streams of meaning: kids are a great one. Family. Creativity.” She pauses, then sighs as she smiles. “Yeah.”