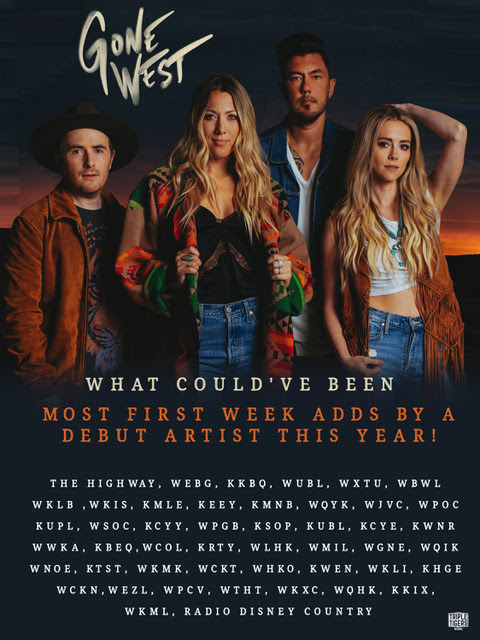 July 17th, 2019 – Triple Tigers recording artists GONE WEST first single “What Could’ve Been” has become the most radio added first week single by a debut artist this year! The single was added to 43 key stations the same day as their debut performance on Live with Kelly and Ryan. Gone West also performed on Billboard Live the same day.

Their first public performance as a band was at the Grand Old Opry earlier this year (talk about pressure!).  They return to the Opry on August 2.