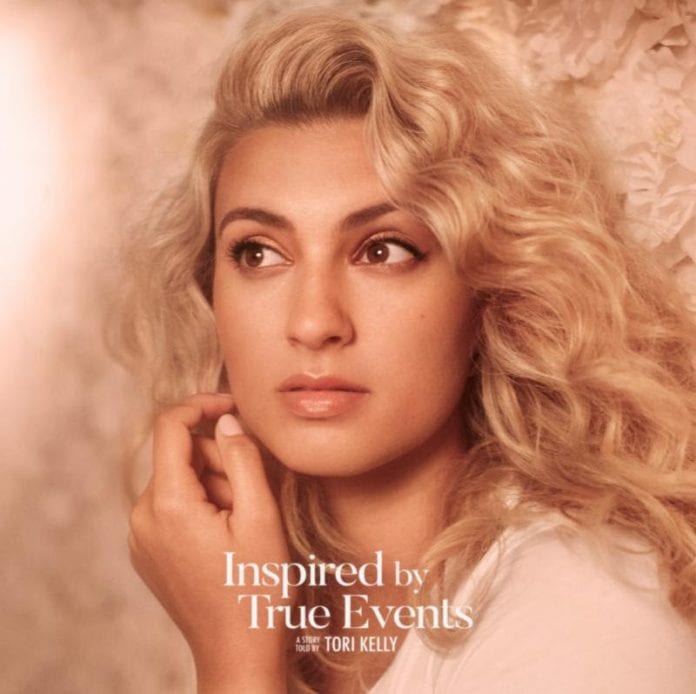 Tori will launch the album with an August 9 performance at New York City’s Rockefeller Plaza, which will air on “TODAY” as part of the 2019 Citi Summer Concert Series. She produced Inspired By True Events and co-wrote all of the songs. Jimmy Napes (Sam Smith, Disclosure, Mary J. Blige), co-produced the album and co-wrote several songs, including the first single, “Change Your Mind.” Fans who pre-order Inspired By True Events in digital format will instantly receive “Sorry Would Go A Long Way” and “Change Your Mind.” See below for the full track listing.

Rolling Stone said, “‘Change Your Mind’ is acoustic and unhurried. Swelling pianos and massed backing vocals serve to push the song towards a climax.” VIBE praised how the song “allows the musician’s soaring vocals and delicate story to permeate.” Idolator observed, “Tori’s latest is raw, unfiltered and bursting with soul.” View the official video for “Change Your Mind” HERE.

Inspired By True Events follows Tori’s 2018 album, Hiding Place, which won the GRAMMY Award for Best Gospel Album while the chart-topping lead single, “Never Alone” (Feat. Kirk Franklin), took the Best Gospel Performance/Song prize. Produced by Franklin, a 12-time GRAMMY Award winner, Hiding Place debuted at No. 1 on Billboard’s Top Gospel Albums chart, earning more first-week streams than any gospel album in history. Though Hiding Place marked a stylistic departure from Tori’s work in the pop world, each song demonstrated the uncompromising artistry that carries through all of her music.

Her 2015 debut album, Unbreakable Smile, entered the Billboard 200 at No. 2 and contained the Gold-certified singles “Nobody Love,” “Should’ve Been Us” and “Hollow.” It earned her a 2016 GRAMMY nomination for Best New Artist and recognition as a breakthrough artist at Billboard’s 2015 Women in Music ceremony. Unbreakable Smile has earned more than one billion cumulative streams worldwide and sold 1.3 million adjusted albums.