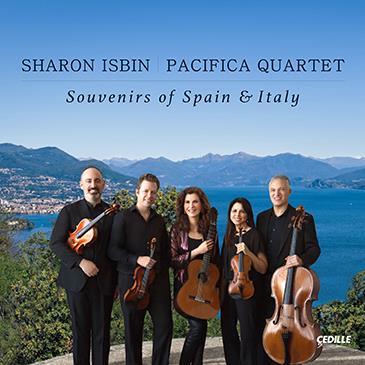 The legendary guitarist Sharon Isbin and Pacifica Quartet join forces for Souvenirs of Spain & Italy, an uncommon album of music for strings and guitar from the Baroque to the mid-20th century. Available August 23, 2019 on Cedille Records (CDR 90000 190), the program spotlights Italian-born composers influenced by Spanish idioms. 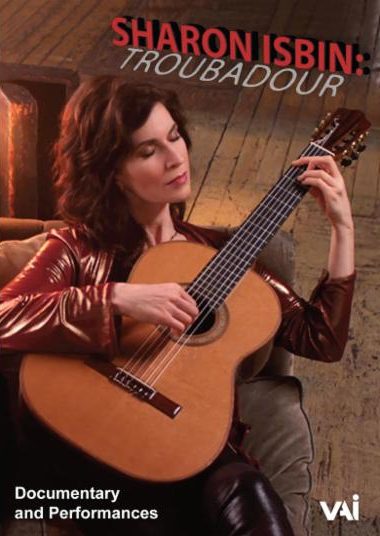 Acclaimed as “the pre-eminent guitarist of our time,” multiple GRAMMY Award winner Sharon Isbin has been soloist with nearly 200 orchestras and performed in the world’s finest halls. Winner of the Toronto, Madrid and ARD Munich Competitions, Germany’s Echo Klassik and Guitar Player’s Best Classical Guitarist awards, she performed in Scorsese’s Oscar-winning The Departed, at Ground Zero for the first internationally televised 9/11 memorial, the White House by invitation of President Obama, and as the only classical artist in the 2010 GRAMMY Awards. The documentary Sharon Isbin: Troubadour seen by millions on over 200 PBS stations across the U.S. and abroad, won the 2015 ASCAP Television Broadcast Award and is available on DVD/Blu-ray. Other recent highlights include a work commissioned for her by Carnegie Hall and Chicago’s Harris Theater, a concerto Chris Brubeck wrote for her, a 21-city tour with jazz greats Stanley Jordan and Romero Lubambo, collaborations with Sting, and sold-out performances at the Kennedy Center and Carnegie Hall.

Isbin’s recording, Alma Española was honored by a 2018 GRAMMY for Producer of the Year. Other recent among her 30 recordings include Sharon Isbin: 5 Classic Albums, and Guitar Passions.  Her GRAMMY-winning Journey to the New World spent 63 consecutive weeks on top Billboard charts, and her Latin GRAMMY nominated disc with the New York Philharmonic is their only recording with guitar. Early 2020 recording releases include Strings for Peace, an extraordinary program of world premiere ragas for guitar and sarod, with sarod master Amjad Ali Khan, Ayaan and Amaan Ali Bangash, and tabla, and a disc featuring world premiere recordings of works by Tan Dun, Brouwer, Lauro, Danielpour and Chris Brubeck all composed for Isbin. She has commissioned and premiered over 80 works by some of the world’s finest composers, and directs the guitar departments at the Aspen Music Festival and The Juilliard School, which she created in 1989.

Formed in 1994, the Pacifica Quartet was awarded a 2006 Avery Fisher Career Grant and named “Ensemble of the Year” by Musical America in 2009. They earned the Grammy Award for Best Chamber Music Performance of 2008 for their album of Elliot Carter’s Quartets Nos. 1 and 5 on Naxos. They are currently quartet-in-residence at Indiana University’s Jacobs School of Music.