February 8, 2021—Grammy Award-winning global superstar Oumou Sangaré makes her return to the World Circuit label for the release her new album Timbuktu, due April 29. Recorded in multiple locations in the U.S., Mali and France, Timbuktu is her first new material since 2017’s critically acclaimed Mogoya. The new record fuses Sangaré’s distinctive Malian sound and voice with elements of blues, folk and rock resulting in a timeless body of work, free from borders and genres. In celebration of the forthcoming release, Sangaré is debuting the song “Sarama” alongside a new video; watch/share the video and preorder Timbuktu HERE.

In March 2020, shortly after the International Wassoulou Festival (FIWA), an event Sangaré launched in 2016 to promote her birth region in southern Mali, she went to the United States. She’d only planned to stay a few weeks but then lockdown came, first in New York, then in Baltimore, a place where she quickly felt at home. “Something in that city drew me in straightaway,” notes Sangaré. “I felt so good there that I bought a house!” Once settled into her new abode, she spent her days writing songs with the help of an old friend, Mamadou Sidibé, who has been Oumou Sangare’s kamele n’goni (traditional lute) player since the very beginning.

This period of enforced seclusion gave birth to 10 of the 11 songs on Timbuktu. The album weaves intimate sonic connections between traditional West African instruments and those linked to the history of the blues, most notably the kamele n’goni and its distant heirs, the Dobro and slide guitar. “Since 1990, I’ve never had a chance to cut myself off from the world and devote myself exclusively to music,” Sangaré says. “I think you feel it in the music, but also in the lyrics which are fruit of all those moments when I was able to withdraw into myself and meditate.”

Sangare’s lyrics deliver her thoughts on the indecipherable mysteries of existence, the perilous situation that her country is going through right now and the general condition of African womanhood; all proof that despite becoming so powerful, she hasn’t renounced the belief and commitment of her youth. Many feelings and moods nourish this album, from the introspection of “Degui N’Kelena” to the amorous languor of “Kanou,” the compassion of “Demissimw,” the exasperation of “Kêlê Magni” and the pride of “Wassulu Don.” A bold sonic approach, fusing the dynamism of traditional Wassoulou rhythms with the language of contemporary music, Timbuktu looks set to become the most ambitious and accomplished work in an already remarkable discography.

“Music is within me,” Sangaré declares. “Without it, I’m nothing, and nothing can take it away from me! I’ve put my life into this record, my whole life—this life in which I’ve known hunger, the humiliation of poverty and fear, and from which today, I draw glory.”

Timbuktu is the latest act in this unparalleled musical epic, consecrating an artist who rose from the poor neighborhoods of Bamako to become a world-renowned musician and a vocal activist. For her tireless work on social progress and cultural development, she holds the prestigious titles of Goodwill Ambassador for the U.N.’s Food & Agriculture organization, Commander of the National Order of Mali and Chevalier of Culture in France.

Sangaré is renowned worldwide for her vibrant and powerful music, which often features revolutionary messages about women’s rights, tradition and poverty. Since the release of her debut album Moussoulou in 1989 there’s been no respite for the Malian singer. Notable waymarks on her rich and fruitful journey include some of the most definitive recordings in the history of contemporary African music: Ko Sira in 1993, Worotan in 1996 and Seya in 2009, the latter nominated for a Grammy Award. Counting among her many notable fans Alicia Keys, Aya Nakamura and Beyoncé (who sampled the classic “Diaraby Nene” for her 2019 Lion King release), Sangaré has broken through barriers separating continents and musical styles. 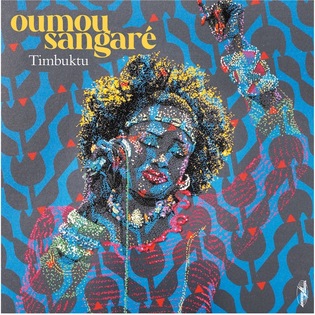