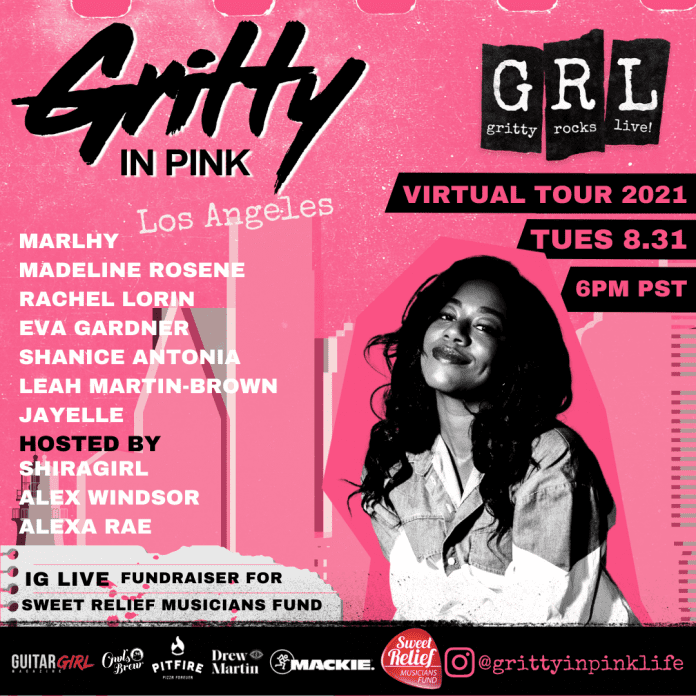 The tour is sponsored by Mackie, Guitar Girl Magazine, Owl’s Brew, Pitfire Pizza and during each Livestream, viewers can participate by donating to the live fundraiser for the Sweet Relief Musicians Fund. If you aren’t able to donate during the live streams you can support the fund by purchasing merchandise on the Sweet Relief website at  www.sweetrelief.org. All proceeds donated to the fund will help musicians and music professionals affected by COVID-19 or other financial related issues such as illnesses, disabilities, shelter, rent etc.

On August 17, Gritty In Pink rolled into the Music City mecca known as Nashville, which is now available to watch on their IGTV. Shiragirl with special guests Alex Nicole Windsor (Shiragirl), Patrick Windsor, and Alexa Wolfe opened the show with a Gritty version of Taylor Swift’s iconic Shake It Off. The hosts switched gears and welcomed the dark-pop songstress PI3RCE to the show, talked about changing her style and performed Mrs. Negativity which she dedicated to those struggling with mental health. Alt-pop/soul singer-songwriter Tarot joined the show, she discussed her upcoming single Iridescent, which you can pre-save now and will be releasing September 17. Soul-pop artist Josey talked about preparing for Nashville’s pride show in September and performed a soulful acoustic version of her song Energy. Pop singer/model Savanna Leigh talked about her recently released EP “Changes” and serenaded the audience with a performance of an unreleased song Hope You’re Doing Good. 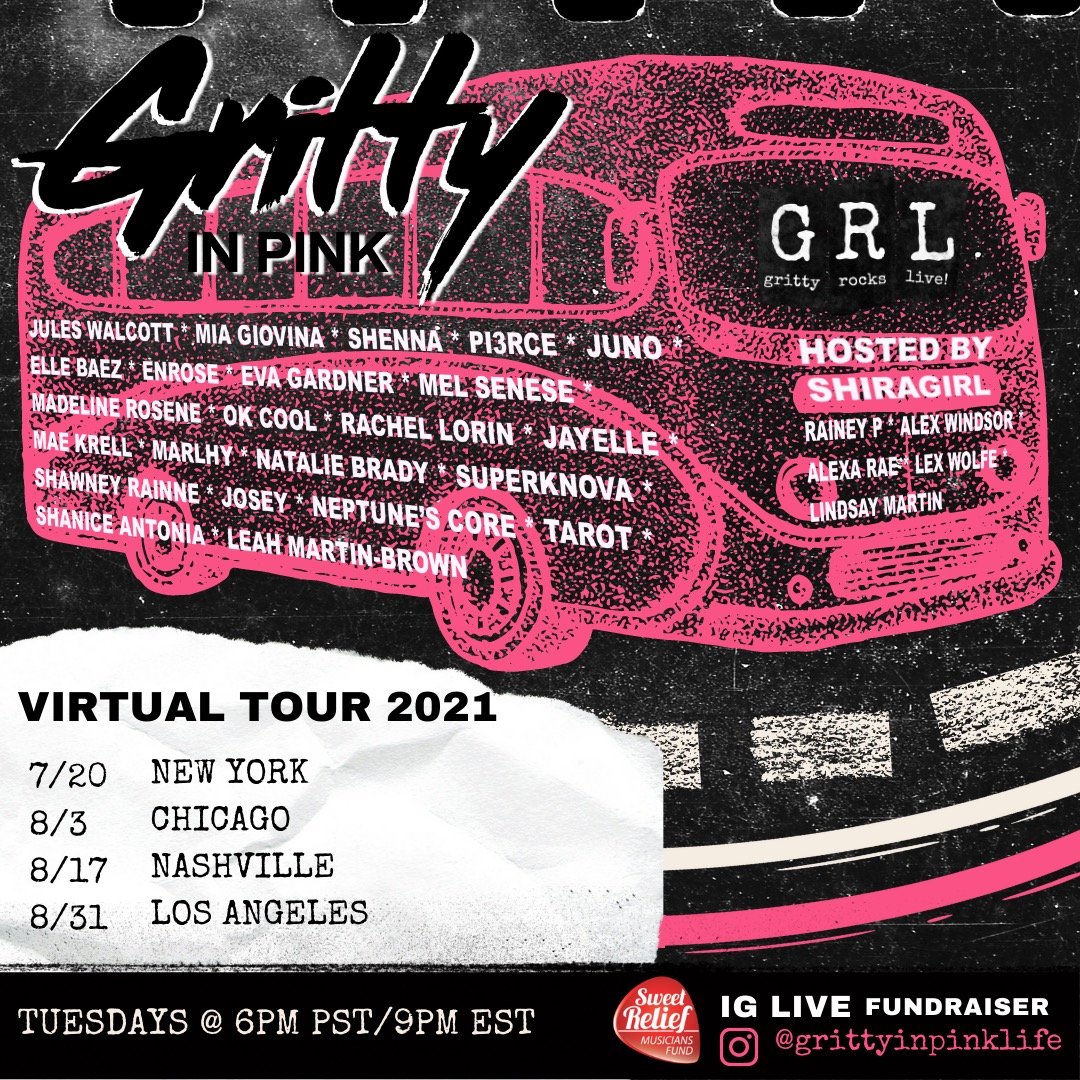 Tune in Tuesday, August 31 at 6PM PT/9PM ET as Gritty In Pink wrap up their virtual summer tour in the City of Angels. For more information about Gritty In Pink or future livestreams visit www.grittyinpink.co or follow them on Instagram.