This week, rising star Hailey Whitters announced that she will support Brent Cobb on his Sucker For a Good Time Tour 2019 this fall. This news follows the announcement that Whitters will open for Maren Morris during her world tour later this year. Recently, Whitters released two new singles, “Ten Year Town” and “The Days,” that will appear on her forthcoming album The Dream to be released later this year.

Rolling Stone’s Marissa Moss recently sat down with Whitters to discuss the news about opening for Maren Morris, her new singles, and the story behind the creation of her forthcoming album. Moss called “Ten Year Town” a “…devastatingly honest acoustic meditation on the heartbreak that comes with watching each year go by in pursuit of a dream that may or may not ever come true.”

“It comes back to the country music I was raised on,” Whitters told Rolling Stone. “It wasn’t about trucks and tailgates and hooking up. It was about life.”

Rolling Stone Country recently named “Ten Year Town” one of the “10 Best Country, Americana Songs of the Week” and said, “Hailey Whitters makes the musicians’ struggle sound delicate and beautiful on ‘Ten Year Town’; a gentle ballad co-written with Brandy Clark about sticking it out no matter your quote-unquote sell-by date,”

while Wide Open Country called it “a career-making song.” MusicRow said, “Whitters displays a secure sense of self, leaning into new, raw sounds and textures to translate the coming home.”

Whitters’ forthcoming album The Dream follows her 2015 debut Black Sheep. As a writer for Carnival Music, she has written songs with Little Big Town (“Happy People”), Alan Jackson (“The Older I Get”), and Martina McBride (“Low All Afternoon” & “The Real Thing”). 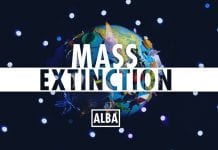