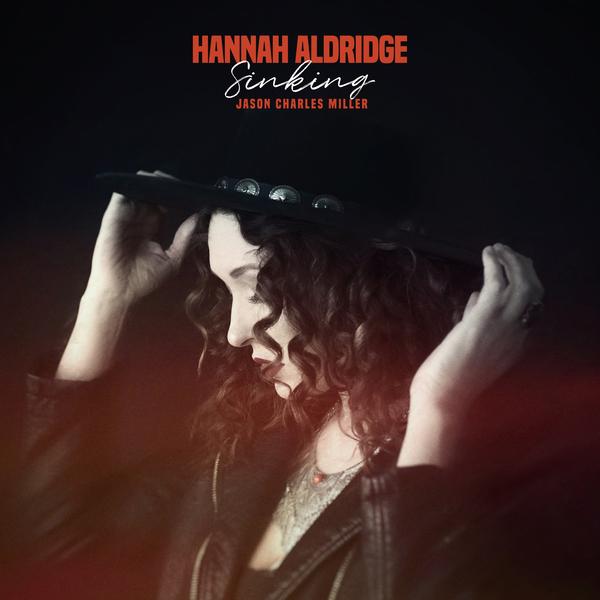 Nov. 12, 2021—Nashville, Tenn.—Hannah Aldridge, a songwriter that is both a commentator and chronicler of the modern American South, is pleased to announce the release of her latest single, a version of the track “Sinking,” which is a Godhead original from 2001. Aldridge’s version features Godhead frontman Jason Charles Miller who also produced the single. The two initially connected on a shared love of blues, metal, southern rock and their knack for telling haunting yet beautiful Southern Gothic stories influenced by their personal experiences from growing up in the south. “Sinking” is the second single from the forthcoming 7″ vinyl release via the avant-garde Swedish label, Icons Creating Evil Art. Today, Folk N Rock debuted the video for the track, adding, “a new haunting twist filled with raw emotion.” Click here to listen to “Sinking” and follow this link to pre-order the 7″ vinyl. Both “Sinking” and the EP’s previous single “Some Ghosts Don’t Make A Sound” are available digitally today.

This 2 track release is the latest in Aldridge’s catalog of music that explores the duality of life—the dark and the light—through a southern rock lens. In the case of her upbringing—being raised in the deeply religious state of Alabama by the Muscle Shoals studio legend Walt Aldridge—it’s easy to see her interest in and affinity for southern gothic storytelling traditions. The good and the bad in all of us. The creative and the restrained. Smoke-filled bars and Sunday sermons. It’s fitting then, that the honesty and intensity of her vocal delivery is in lockstep with her stubborn, even defiant, nature.

Of the new 7″ Aldridge writes, “These songs were a canvas for me to lean a little harder into heavier rock, while still maintaining a sound that my audience would relate to. I have been slowly moving into a darker rock sound album by album so, for me this landed on a real sweet spot of a dark rock sound without completely reinventing myself as an artist. I have been a fan of Jason Charles Miller for a long time and worked with him on different projects for almost ten years now, so it felt natural for us to collaborate on this project. It was a dream come true to get to record in LA and immerse myself in the scene there while working on these songs. I have a real connection to LA and everything just clicked for this project from the moment Jason and I started planning for this to be recorded there.”

This release comes on the heels of Aldridge’s acclaimed Live in Black and White album, which was lived and written in response to the global pandemic, giving her the opportunity to take stock and return to her home base to begin work on new songs with touring halted. As she began working on new music she found herself diving deeper into the harder rock side of her influences, whilst still retaining the core elements of her sound, following a path that she’d already taken some tentative steps on, towards a darker, harder, rock influenced set of songs, highlighted by her collaboration with former Godhead leader Jason Charles Miller.