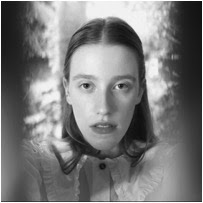 New York, NY – (December 18, 2020) – Sixteen-year-old music phenom Willa Amai is closing 2020 with enthusiastic acclaim to press and public.  Amai busy with promoting her current single “Unorganized Crime,” recorded her broody Christmas single simply titled “DECEMBER”.  It was decided that it was apropos to be put out this year especially with Amai’s lyric base for the song speaking of troubled times over the holiday season.  Little did they know the song would lead to year-end success. Amai retorts about the meaning of the song ‘DECEMBER” as a Christmas song with a melancholy mood that battles with the acceptance of loneliness and remembrance in a time of joy and love. It’s about learning to be okay with yourself and with being alone and finding happiness in who you already are.”

PEOPLE Magazine boasts – “The track follows Amai as she accepts that this person she misses is gone and begins to come to terms with her loneliness during the cold, holiday season.”

Wonderland Magazine says- “Giving us an early Christmas gift with her latest single is rising newcomer Willa Amai with “December”. Led by melodic piano keys, the singer is getting us in the festive vibe as her delicate vocals glide over the acoustic production for a heart-warming feel. The LA-hailed singer sweetly expresses the battles that come with the festive period, opening up on being alone and finding peace during a difficult time.”

Groundsounds proclaims – “Willa Amai has brought us some early Christmas gifts for our ears with her latest single, “December”. Willa just amazes with her voice and blends perfectly with the piano keys. This also gets you ready for that Christmas vibes that are getting you closer each day! Willa is only starting up and continues to show that she is here to stay.”

EQ Music states- “Every so often, a truly, one-of-a-kind pop newcomer emerges on the music scene. They have an unmistakable aura about them, and their music forges an instant connection with listeners. Your intuition immediately tells you they have star potential. Enter Willa Amai.  Willa shares a seasonal holiday song “December”. A wintry offering, sung with beautiful vulnerability and thankfully without a sleigh bell in sight”.

The accolade continues as the video that was a last-minute production directed by Amai’s legendary manager, Linda Perry, was meant to just live on the internet for Amai’s fans has taken a big notice at MTV. “DECEMBER” has now been added to Nick Music’s Fresh Faces New Artist Block, MTV LIVE and MTV’s Spankin’ New Channels.   “DECEMBER” will get a healthy viewing with Nick Music’s built-in 36 Million households and MTV LIVE’s 42 million households.  MTV also asked Amai to be their first artist to kick off their #ALONETOGETHER JAM Sessions.  “We were shocked and overwhelmed to see the pick-up, but we are proud of Willa! Her work is definitely paying off,” vaunts Perry!

At the ripe age of 12 and a half years old, the young singer-songwriter caught the eye of Perry.  Now at the age of 16, Amai is reaping the rewards of industry insiders (Dolly Parton, Brandi Carlile) and leaders (The Today Show and The Ellen DeGeneres Show) alike thanks to the watchful eye and curation of the artist development of Perry herself.

Amai will be releasing several more singles into an album to be released in 2021. As Amai continues to rise, the industry will undoubtedly notice and the fans will soak in her honesty. If truth is what Perry was looking for, well she hit the motherload.