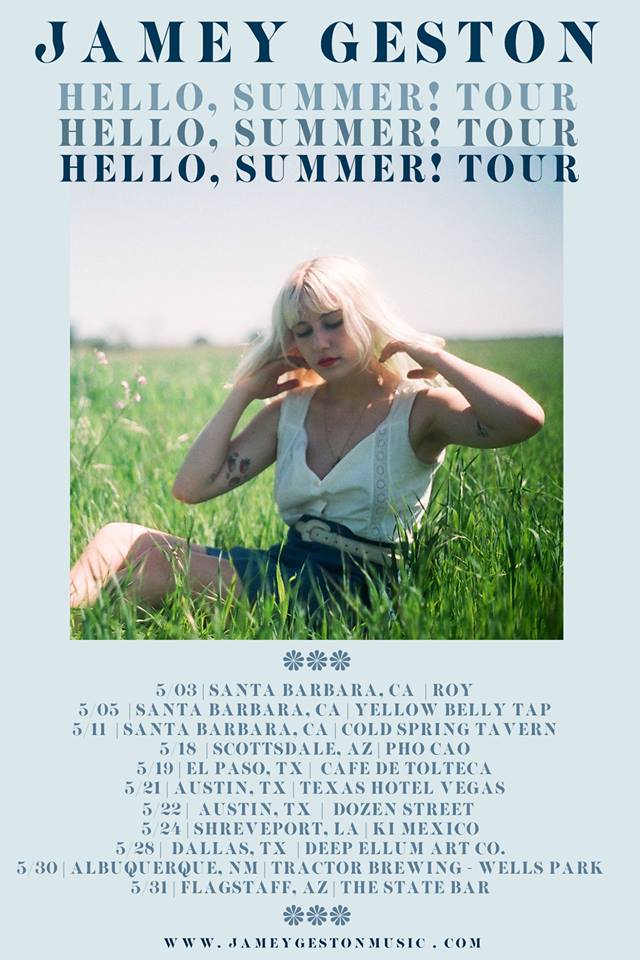 Santa Barbara-based, singer/songwriter, JAMEY GESTON is excited to announce that she is releasing her 2nd single, SONIC BABY on May 1st, and embarking on a southwest tour, in support of her new song debut.  HELLO, SUMMER! TOUR kicks off locally with pre-tour dates; May 3rd – 11th in Santa Barbara, CA, making stops in Scottsdale, El Paso, Austin, Shreveport, Dallas, Albuquerque, and Flagstaff. (See full dates below) 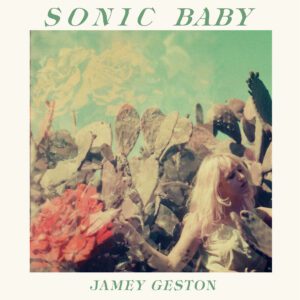 SONIC BABY is a haunting and powerful production with infectious melodies and harmonies sung by Geston. The song is a representation of a drifting mind, drifting through thoughts of love, and life experiences. Writing the song in 2016, she decided to record it a year later. After several referrals and finding the right fit for a producer, Geston took a chance to work with Producer/Sound Engineer Guru, Robinson Eikenberry. “Working with Robinson was like therapy, he really understood me, and he understood how I wanted my music to sound.” After months of working together, with plans to start recording an EP in July ‘17, Eikenberry passed away, which left an immense hole in the music community in Santa Barbara. Though this song was already very personal, this added even more meaning and emotion to the song. By releasing and sharing it with others, it is one way to honor him. SONIC BABY will be available in digital platforms and other streaming services including iTunes, Spotify, Amazon and more. Geston’s first single; MALIBU was released January 2017.

The renowned area creator, one of the region’s most promising young performers, represents a new generation of songwriters. Unlike many of today’s recording artists, her music isn’t easily categorized. Geston delivers her own blend of acoustic & electric sounds that create a dreamy, vintage feel with smart nods of current folk-pop that can easily throw you back to the sixties.

Compared to artists like Angel Olsen and a “young” Joni Mitchell, she likes writing songs and making music that paints a picture which can send a message in unconventional ways. No stranger to the stage, she has opened for some amazing artists such as; Judy Collins, Peter Frampton, Jeff Bridges, Melanie Safka, Crystal Bowersox, Dishwalla, Will Champlin, Y La Bamba, and HAIM.