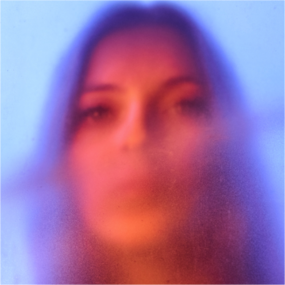 Breakout singer, songwriter and performer Jade Bird’s highly anticipated, self-titled debut LP will be released April 19 via Glassnote Records and is now available for pre-order.Apple Music’s Beats 1 is featuring new single “I Get No Joy” as World Record today. Of the song, Jade explains, “This song is about the stream of thought that runs through your head at all times as an over thinker. It’s about how that gets in the way of being present in the moment and ultimately ‘getting no joy’ and about the frustration of everyone’s cliché of happiness not making you feel fulfilled either.” Listen/share “I Get No Joy” HERE.

Jade Bird was produced by Simon Felice and David Baron with all songs written by Jade.“This album is my experience, direct and undiluted, of the past two years,” Jade explains. “Every decision I’ve made has culminated into this magical process, just as every word I’ve written has spun into these songs. It changes in style, like most of my music, and tries to dodge boxes and genres but the consistency is me—a young woman really trying to figure it out.”

The album also includes previously released tracks “Love Has All Been Done Before,” “Uh Huh,” and “Lottery” (which spent three weeks at #1 on Triple A Radio—making Jade the first new artist to reach the top of the Triple A chart in 2018). See full track listing below.

To further support the release, Jade will embark on a series of U.S. dates supporting Hozierthis March. She is also confirmed to perform at Shaky Knees Festival and this summer’s Hangout Fest and Newport Folk Festival. See below for more details.

Jade Bird follows 2017’s much-lauded Something American EP and culminates a breakthrough couple of years for Jade. Last year, she was honored with the Anchor Awardfor most promising international emerging talent at Reeperbahn Festival, the 2018 Grulke Prize for developing non-U.S. act at SXSW and was selected for the BBC Sound of 2018. Jade was also recently featured as a Rolling Stone “Artist You Need To Know,” as one ofPAPER’s “100 Women Revolutionizing Pop” and on various 2018 Best-Of lists including atNPR Music and Billboard. 2018 also saw her hugely successful debut U.S. headline tour, dates with Brandi Carlile, First Aid Kit, Anderson East and Colter Wall as well as festival appearances at Bonnaroo, Stagecoach, Firefly, Mountain Jam, Bumbershoot, Grandoozy, Pilgrimage and more