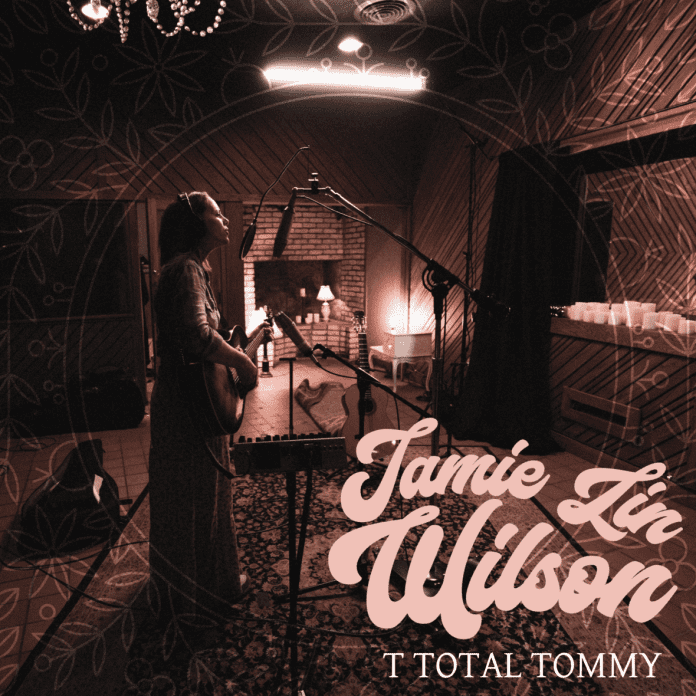 NEW YORK — April 8, 2021 — Jamie Lin Wilson has built a career on highlighting the details that most of us miss, a talent that also extends to reinterpreting the songs of others. In 2021 she’s releasing a set of covers — beginning with Mickey Newbury’s “T Total Tommy,” out tomorrow, April 9.

Recorded at Austin’s legendary Arlyn Studios, “T Total Tommy” is from Newbury’s 1969 album, Looks Like Rain. “To me, [“T Total Tommy”] touches on the overly poetic: the balance of trying too hard and being blocked, both feelings I know well,” Wilson told The Boot. “This song told me that I needed to sing it, and it did so by opening up new avenues of creativity and observation. Also, it has a really great groove.”

“Last year, I went into the studio just for an experimental day. I took this song and a couple more, with the intent of sparking some sort of creativity by getting out of my comfort zone a little and having a great time making music with friends,” she continues. “I’ve always loved putting a fresh perspective and voice on other people’s words, and I hope I’ve done that here.”

“T Total Tommy” is the first release of three covers that Wilson has slated for 2021, including Tom Petty and the Heartbreakers’ “Ways to be Wicked” and Lyle Lovett’s “South Texas Girl.”

Wilson’s own songs tap into the poetic pieces of everyday life in a singularly familiar way, garnering comparisons to legendary writers including John Prine, Guy Clark and Emmylou Harris. Her rich character sketches narrate stories both close to her life at home with her family — she’s married to her college sweetheart and a mom to four kids — as well as what she’s observed in her time spent on the road.

Rolling Stone Country notes that Wilson “sings with warmth and precision, telling stories of how to see the light when everything feels grey, or how to keep going when the road seems hopelessly long,” as evidenced on both of her critically-acclaimed full-length albums, 2018’s Jumping Over Rocks, and 2016’s Holidays & Wedding Rings. She’s become a sought-after collaborator in her home state of Texas and beyond, adding harmonies to projects from American Aquarium, Jack Ingram, Turnpike Troubadours and Mike & the Moonpies, as well as a long list of others.

Before striking out on her solo career, Wilson fronted beloved bands the Gougers and the Trishas. She’s played stages at Hardly Strictly Bluegrass, Kerrville Folk Festival, AmericanaFest, Mile 0, Medicine Stone and the MusicFest, where she’s become a festival favorite for both her sets and what she adds to the stage when she sits in with friends. Her work has received praise from Billboard, No Depression, American Songwriter, among others.