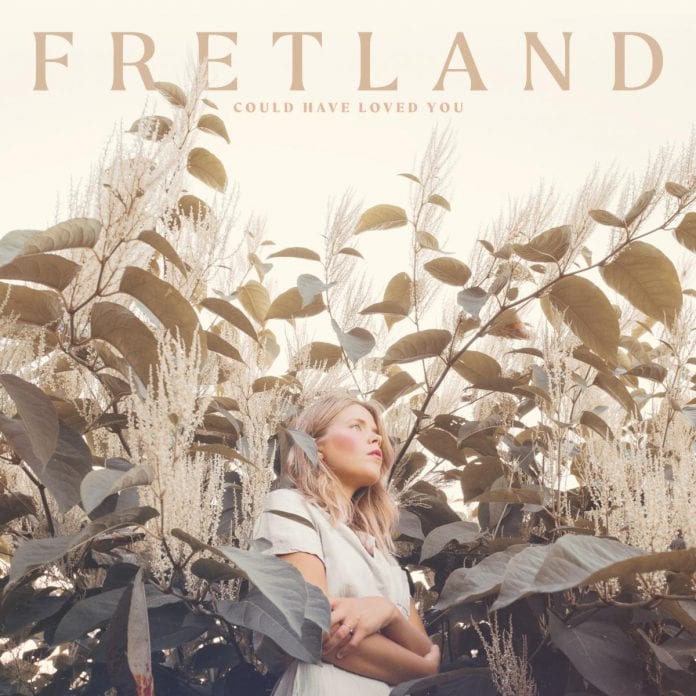 Imagine starting a business amidst a global pandemic, opening not one store, but two. The Washington state based group, FRETLAND, has done just that with the release of critically acclaimed Could Have Loved You (Soundly Music).

PURCHASE/STREAM COULD HAVE LOVED YOU

The band, fronted by Hillary Grace Fretland, released their debut self-titled album in May, 2020. They’d planned a national and Europe tour, but those plans quickly changed.  The pandemic made it impossible for the band, who had never toured outside of the Pacific Northwest, to hit the road and start making fans for their newly founded ensemble.  As time would tell, that seemed not to matter to the listeners who would come to find FRETLAND. Streaming numbers rose steadily, and the band was growing at such a rate that any onlooker would assume that the group were seasoned road warriors. “Imagine my surprise to learn that their debut dropped just last year,” No Depression remarked.

The momentum leading into the band’s sophomore album continued at a steady pace, turning heads of seasoned publications and outlets like Rolling Stone Country, No Depression, KEXP, The Boot, and so many more, further proof that their raw, edgy, and catchy music resonates.   The icing on the FRETLAND cake came just days before the release of Could Have Loved You. The band’s title track, and the album both broke into the top 25 on the Americana Music Charts. This journey is their own.  It is fully unique to FRETLAND, and in a way, it’s absolutely perfect.

WATCH “DO YOU THINK OF ME” OFFICIAL MUSIC VIDEO

COULD HAVE LOVED YOU TRACKLISTING

Could Have Loved You

Do You Think of Me

Do You Think of Me