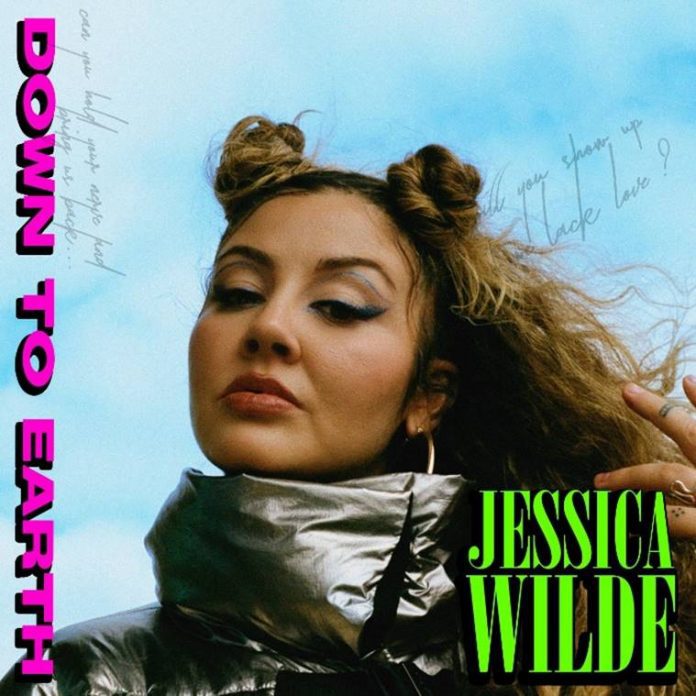 ‘Down To Earth’ is South London singer/spoken word/rap artist Jessica Wilde’s 6th single from her raw, confessional concept album, a truly unique project, with each song a diary entry taking us on a journey through addiction and toxic relationships to self- empowerment and living sober. The album has so far gained support from tastemakers such as Jack Saunders on BBC Radio 1 and CLASH Magazine.

‘Down to Earth’ comes as the transition song, Wilde’s inner conversation amping herself to be in her new found strength, ready to bring it back down to earth when sh*t hits the fan, stay grounded in her power and authenticity, knowing when she stays true to herself she can handle anything life throws at her.

Wilde’s exciting project and authentic artistry has seen her pick some serious heat across BBC Radio including BBCRadio 1 (Future Artist), ‘Record of the week’ on BBCR1xtra, BBC Radio London (Robert Elms show/Claira Hermet/Lionheart and Salma El-Wardany/Emelia Poamz) BBC6 Music, KISS FM (Rudekid), Hoxton Radio (Kerry Boyne), Reprezent Radio (Amika Eazer/Laughta), Radio 5 (Amsterdam) and many more. She was chosen for the official UK Spotify Pride Editorial Playlist, did a full interview with The Independent, featured in Clash Magazine, Wonderland, The Daily Star, WordPlay, Cool Hunting, Noctis Mag, SBTV (New Music Friday) and her story caught the attention of rising Podcast ‘Headliner’ and other Podcasts and influencers that focus on marginalized topics such as sexuality and addiction including ‘Mouth Off’, ‘Muso Muso’ and a recent live interview with sober blogger Katie McNicol.

Jessica’s sassy and comedic pink wing wearing alto-ego ‘Charlene’ has also been causing quite a stir on social media with her regular ‘P*ssY PWR’ playlists and IG Live events, featuring guest appearances from some of the best upcoming gals on the scene like Kenya Grace, Janset, Leanne Louise & Zoe Kypri. So much so that top UK music blog Fame Magazine have launched an awesome ethically produced ‘P*ssy PWR’ merch range.