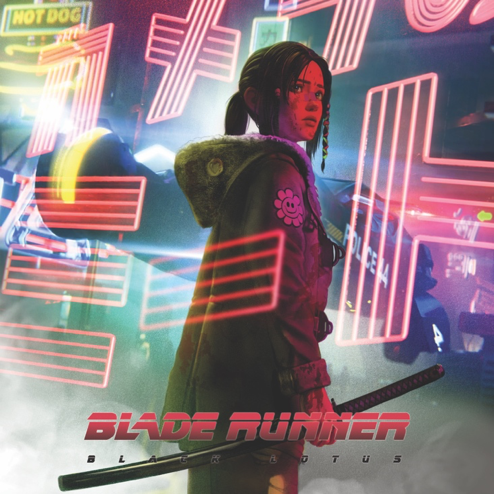 The groundbreak­ing series follows Elle, a young woman who seeks to exact revenge on those who have wronged her, to understand her own identity, and to uncover the mysteries of her past. In advance of the upcoming reveal of the Blade Runner: Black Lotus soundtrack tracklisting, Elle has created her own Spotify playlist HERE.

Blade Runner: Black Lotus is produced by Alcon Entertainment and animation studio Sola Digital Arts, with Shinichiro Watanabe serving as a creative producer. Crunchyroll will stream the series in Japanese with subtitles to its global audience while Adult Swim will air the English language version on Toonami, the network’s popular anime program­ming block.