Nashville, TN – January 21, 2022 — Americana singer/songwriter Jessica  Willis Fisher  is reclaiming her voice with the release of her debut solo single, “Fire Song,” out everywhere today.  Tapping into the most vulnerable moments of her life, Jessica begins an authentic new journey after a dramatic and sudden departure from her family’s band.

Jessica has stayed out of the public eye since leaving her family’s touring group, The Willis Clan (TLC’s “The Willis Family,” ”America’s Got Talent”) after her father was arrested and jailed for sexual abuse. Her personal struggle to find freedom is evident on “Fire Song,” a co-write with GRAMMY-award winner  Jon Randall, and “gives listeners a glimpse at the powerful woman that has come out of the ashes in recent years” (Taste of Country). The multi-instrumentalist’s signature fiddle helps drive the bold, powerful song.

Of “Fire Song,” Jessica shares: “Right before I left, I was having these nightmares that the house was on fire and I was the only one who could tell, and everybody else was going about their normal lives. I was shouting, ‘Wake up! Wake up! We  gotta  get out!’ And I realize now that that was me, trying to say to myself, ‘We have to get out of here!’ So, we’re starting with ‘Fire Song,’ because in my story, I didn’t get to start over until I went through that fiery part.”

“Fire Song” is the first song from her forthcoming album Brand New Day, of which Jessica wrote 8 of the album’s 10 tracks entirely solo. The album is a musical representation of her journey throughout the past few years, and showcases Jessica’s “Dolly Parton-style quiver in bluegrass, folk, country and blues/rock shadings” (Billboard). 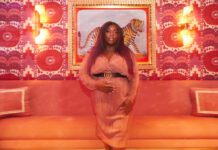 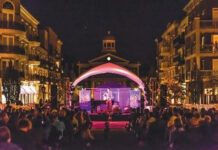 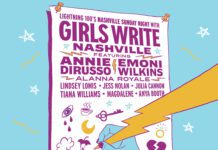