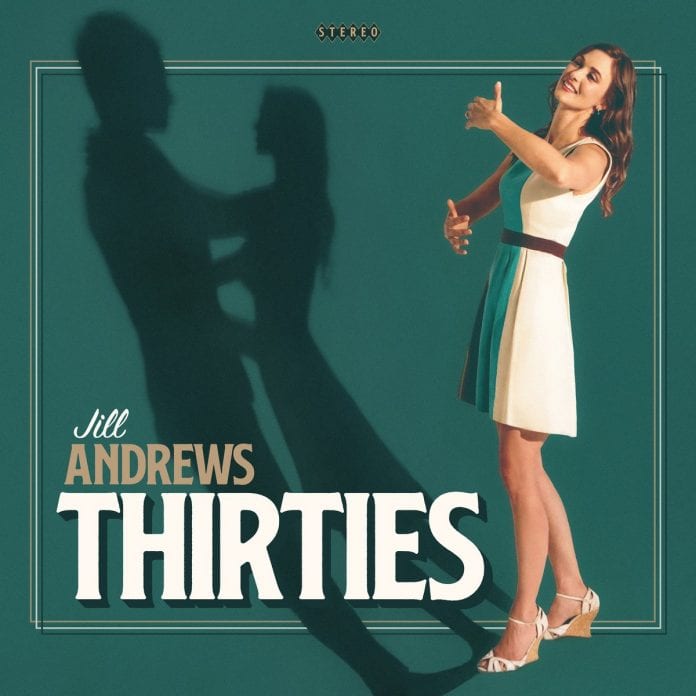 Acclaimed singer, songwriter and musician Jill Andrews‘ new song, “The Kids Are Growing Up,” premiered yesterday at Earmilk, who describes the track as a “wholesome depiction of desperately wanting to hold onto moments that are slipping away too quickly.”

“The Kids Are Growing Up” is the latest track unveiled from Andrews’ anticipated new album, Thirties, which will be released March 27 via Vulture Vulture/Tone Tree Music. Her first solo release in nearly five years and the first project she has co-produced, Thirties is a deeply personal record that chronicles the beauty and brutality of Andrews’ past decade. Through exploring the isolation and joys of motherhood, the loss of a partner and the path to standing up for yourself, Andrews uses the album to give a voice to the unsung moments and stories of women.

As a companion to the album, Andrews will also release a new book entitled, Thirties: The Album in Portrait and Prose, the same day as the album (pre-order here). The book provides an in-depth look at the album through essays and photographs and features a foreword written by Grammy Award-winning artist Joy Williams.

Of the project, Andrews shares, “I thought my thirties would be different. I always thought at this age, people had it together: a stable relationship, a steady day job and a real sense of who they are. I thought I would have it together. My thirties have been spent single parenting, falling in and out of love, wrestling with voices from the past and struggling with the idea of the future. They have been full of change and growth, deep love and profound loss. They have been humbling and human. They have given me a story to tell. These stories are not all wild or awe-inspiring. Many moments may feel quiet and every day, but I believe that in moments like those, where our minds drift and our hearts ache, deepest truths can be found.”

In celebration of the release, Andrews will embark on a nationwide tour this spring including stops at Nashville’s Mercy Lounge, Atlanta’s Eddie’s Attic, Philadelphia’s The Locks at Sona, New York’s Mercury Lounge, Boston’s Club Passim and Chicago’s Tonic Room among several others. See below for complete tour details.

The release of Thirties follows a series of breakout years for the Nashville-based artist, who has released four albums as part of the acclaimed Americana groups the everybodyfields and Hush Kids in addition to her two full-length albums as a solo artist. Of her 2015 release, The War Inside, Paste declared, “The War Inside varies from sweet and solemn to strong and undefeated, telling her story while resonating with listeners’ own turmoils. It’s nearly impossible to not nod along to Andrews’ ballads, feeling oddly close to her and to yourself,” while American Songwriter praised, “Jill Andrews drives a song with vocals of someone you feel like you can trust.”

Andrews’ music has been featured in numerous television shows including Grey’s Anatomy, Nashville, The Good Wife, American Idol, Hart Of Dixie, Drop Dead Diva and Mistresses as well as the film Me, Him, Her. She has also toured extensively including shows with The Avett Brothers, Drew Holcomb & The Neighbors and The Civil Wars.