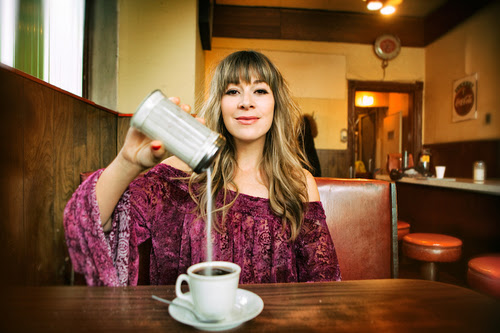 Yesterday, Jill Barber released her third single “Bigger Than You,” off of her upcoming album Metaphora. It premiered on Grok Nation and was paired with an in-depth interview discussing the power behind the track.

Stream “Bigger than You” HERE

“Bigger Than You,” is Barber’s own #MeToo movement coming to surface after recovering from a toxic relationship. She states in her interview with Grok Nation, “Although I wrote this tune before the #MeToo movement began, there was already an undercurrent of empowerment and solidarity rising in my community of women. I feel like we had all been whispering some form of “me too” for years before that whisper became a roar.”

Last month, Barber released “Mercy,” the second single from her upcoming album. It premiered at Billboard and was shot by Juno Award-winning director Christopher Mills, whose work includes videos for Modest Mouse, Leonard Cohen, and Broken Social Scene. “Mercy” follows the female empowerment anthem “Girl’s Gotta Do,” which bowed at #1 on CBC national radio and Apple Music Canada’s Singer-Songwriter Chart. PopMatters said, “If the women’s movement of the 21st century — whether it’s #MeToo or #TimesUp — needed a hashtag theme song to carry its message, this versatile vocalist who can handle jazz, pop, blues, folk and rock ‘n’ roll on any given night, delivers it with genre-fender-bender style.”

A bold entrée into the world of contemporary pop music, Metaphora reveals a Jill Barber we’ve never heard before. Metaphora showcases her power and vulnerability as both an artist and a woman. Evolving over the course of many albums from folk to jazz, R&B and pop, Jill’s success is defined not by genre, but by her undeniable songwriting chops and distinctive voice. Metaphora is a continuation of Barber’s musical story that confidently tackles everything from issues of empowerment, sexual politics, the complications of love, and depression.

Mutual friendships and living on the same street led Jill to sit down with Ryan Guldemond, the enigmatic lead singer of Mother Mother, for inspiration and creativity. Ryan’s commitment to Jill and unwavering enthusiasm garnered co-writing credits on four of the nine songs onMetaphora, including the instantly catchy lead single, “Girl’s Gotta Do,” a hook-filled and very timely call to arms that aims to “challenge the patriarchal status quo, as we usher in a new era of equality,” says Barber. “Writing with Ryan was a big departure for me, and very exciting. He’s extremely creative and not afraid to push my creative boundaries,” recalls Barber. “The sessions became part songwriting and part therapy because I was writing about things that felt pretty raw; politics, sexism, being a mother. I started to realize that this was going to be a very different kind of album for me. I had more that I needed to say and Ryan helped bring that out with his uncanny knack for melody and song structure.”

Metaphora’s opening track “The Woman” generates a sense of anticipation with its pounding bass drum, an urgent heartbeat for what is next to come from the fearless multi-Juno nominated performer. “It’s a song about how a woman is required to be everything to everyone, but may still be a mystery to her own self,” shares Barber. “She is part of nature, but also has a nature of her own, ever-changing and elusive.” On “Bigger Than You,” Barber explores a personal experience that she hopes may inspire others to take a stand against tactics like power plays, bullying, and manipulation. “Hooked Your Heart,” “Clumsy Heart,” “Cage Without A Key,” “Love Is,” and “Hold On” round out Metaphora.

On the advice of trusted friends, Jill reached out to producer Gus Van Go(Whitehorse, Arkells, Terra Lightfoot), who immediately took on the project and began to craft a complete vision for Metaphora. They recorded at Van Go’s studio in Brooklyn, NY, with creative partner Werner F and multi-platinum Grammy nominated producers Chris Soper and Jesse Singer, collectively known as Likeminds, who perform all the drums, piano and analogue synths on the album. Additional tracks were recorded and produced by Gavin Brown and Maia Davies at Toronto’s Noble Street Studios.

On Metaphora, Jill Barber bursts back onto the stage with a bold and daring offering of music, confidently executed with the style and grace of a woman who knows exactly what she’s doing.

Cage Without A Key