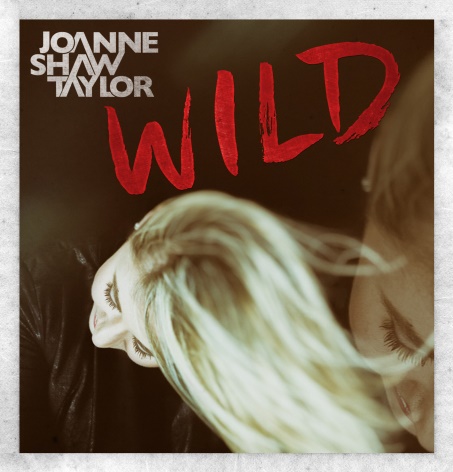 LONDON, ENGLAND – British singer and guitarist Joanne Shaw Taylor has signed her first major label contract with Sony Music on the recently re-launched Silvertone imprint. The global deal will be for three albums starting in early 2019, plus her two most recent albums, Wild (2016) and The Dirty Truth (2014), will also be moving over to Sony. Upon their initial release, these last two albums received limited distribution in the USA.

Joanne Shaw Taylor and her band will help launch the new deal and support the album re-releases with a month-long tour of the USA, hitting markets in the Northeast, South, and Midwest during August and September. Joanne is based part-time in both Detroit, Michigan and Birmingham, England. Besides herself on guitar and vocals, the band for the upcoming USA tour dates includes Luigi Casanova (bass, from Italy); and Oliver Perry (drums, from the UK). View a special USA tour video here: https://www.dropbox.com/s/jks135xh0vdtaav/JSTUSAAUG%3ASEPTTOUR.mov?dl=0

Joanne Shaw Taylor is incredibly proud to be signing to Silvertone/Sony. “Over my career, I have worked with different labels, but when I got the chance to release the next albums through Sony and Silvertone in particular, I couldn’t say no,” she said in making the announcement. “To be part of such an iconic label that has released albums by some of my guitar heroes like Buddy Guy, John Mayell and even The Stone Roses is such an honor. I will be starting work on the new album over the summer and can’t wait to get into the studio and release the album in 2019!” 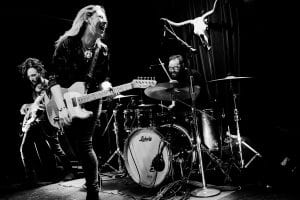 Phil Saville, Managing Director Sony Music Commercial Group, said about the signing, “We are thrilled to welcome Joanne to the Sony Music family and to add her name to the historic Silvertone label. Having such an established recording artist and a superb live performer as part of our roster is a real privilege, so we are all very excited for the future.”

Following critical acclaim in 2016 including performances on BBC-TV’s “Later with Jools Holland,” BBC’s Glastonbury Festival coverage and outstanding reviews for Wild, Joanne toured extensively to sell-out audiences in 2017, which included a major theatre tour in the UK (London’s Royal Festival Hall, Manchester’s Bridgewater Hall and Birmingham’s Symphony Hall, etc.), as well as a one month tour across America. For her upcoming tours of the USA and UK, Joanne is returning to more intimate venues to showcase some new tracks from the forthcoming album. She will be appearing across the UK at various festival dates over the summer.

Joanne’s last release, Wild, gave her a first Top 20 album and garnered critical acclaim around the world. Recorded at Grand Victor Sound Studios in Nashville, Wild was produced by Kevin Shirley (Joe Bonamassa, Aerosmith, Journey, Iron Maiden). She has a huge, well-established and loyal fan base in the UK and internationally, and is very much looking forward to sharing new music with them all.

Joanne Shaw Taylor has established herself as the UK’s number one star of the blues/rock world. The girl with the big voice from the Black Country has toured extensively around the world, released critically acclaimed albums and gained a global fan base as well as having the honor of playing alongside some of her musical idols.

At age 16 she was “discovered” by Dave Stewart of Eurythmics fame, who asked her to play guitar in a new supergroup he was forming at the time.

Joanne’s debut album, White Sugar, first opened the door and Joanne’s career has since gone stratospheric, with her breaking into the US market and the album making the top 10 in the Billboard blues chart. She beat the stereotypes of her age and gender, gaining acclaim from critics and peers alike. Subsequent albums: Diamonds in the Dirt, Almost Always Never and Songs from the Road followed and saw Joanne’s fan base rise globally. In 2010, she won Best Female Vocalist at the British Blues Awards. She won the same award at the 2011 British Blues Awards, plus the Songwriter of the Year award for “Same As It Never Was” from Diamonds in the Dirt.

On June 4, 2012, Taylor played lead guitar in Annie Lennox‘s band at the Diamond Jubilee Concert in London. Taylor played an extended solo during the performance in front of Buckingham Palace, attended by approximately 12,000 people (and viewed by millions on TV world-wide).

In 2014, Joanne reunited with her White Sugar album producer, Grammy-winner Jim Gaines, and recorded her next studio album in Memphis. That album, entitled The Dirty Truth, was a return to Joanne’s original sound that mixed rock riffs with blues influences. The album was released in the UK and USA in September, 2014 on Joanne’s own independent boutique label, Axehouse Records, to critical acclaim across the world and became her biggest selling album at the time.

Joanne is a bona fide star with famous fans across the guitar world, including Joe Bonamassa (who described her as “a superstar in waiting”), Susan Tedeschi/Derek Trucks, Kenny Wayne Shepherd, Wilko Johnson, Glenn Hughes and John Mayall, to name but a few.

Watch a video about the making of Wild filmed in 2016: