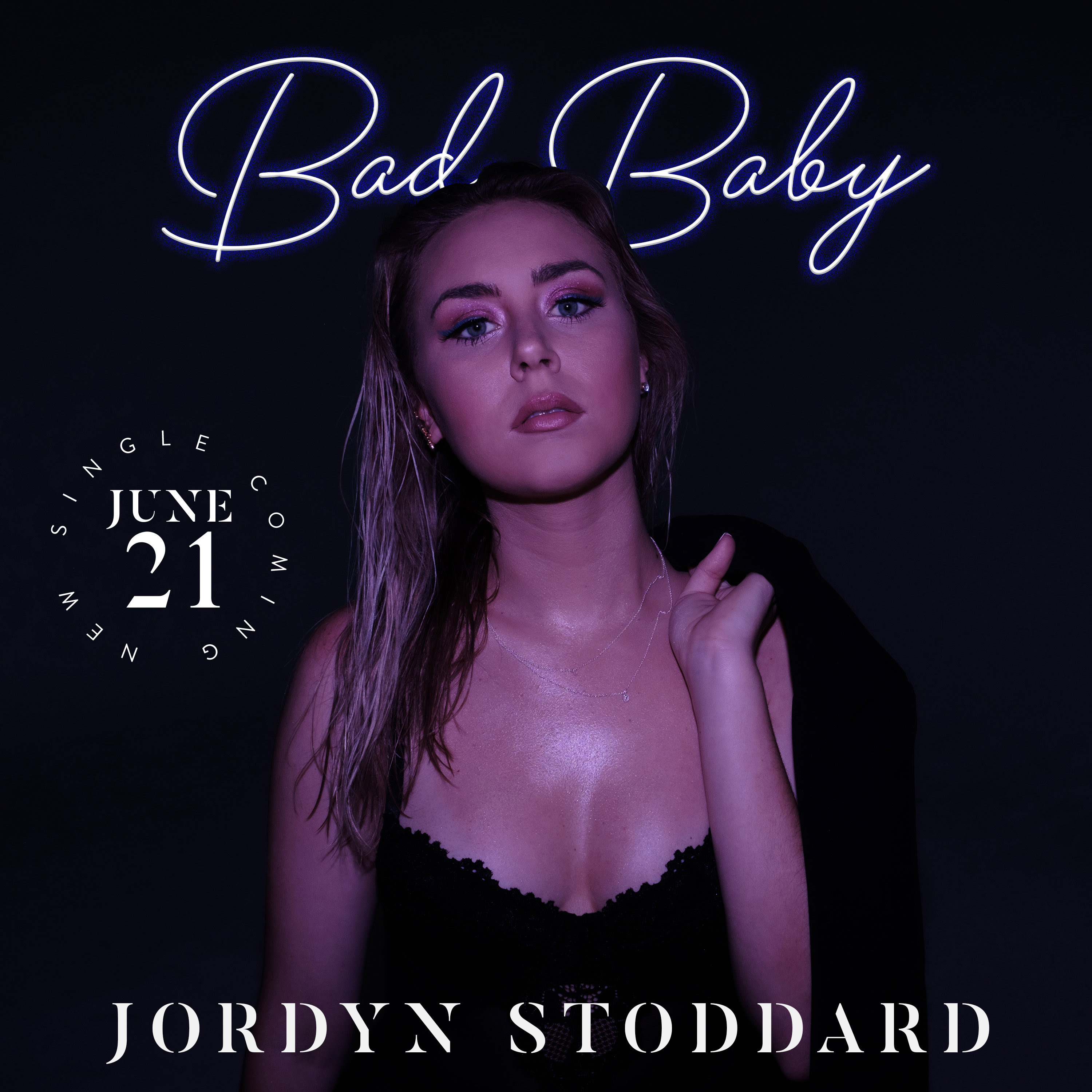 Nashville, Tenn. (June 3, 2019) — With a bold voice and sultry track, country-pop artist Jordyn Stoddard is releasing her melody-driven, self-penned “Bad Baby” on June 21. Born and raised in Jacksonville, Fla., the 21-year-old has already positioned herself as a triple-threat in Nashville — she sings with the soul of a seasoned veteran, strums a signature blue Taylor guitar and has developed her craft as a songwriter. Stoddard blends the best of country’s heart and pop’s energy, while her bubbly personality lends itself to create a unique crossover sound from a relatable artist.

“Bad Baby” is Stoddard’s first release since her debut album in 2015, Southern Tide. The 11-song project soared to number six on Billboard’s Heatseeker chart in its opening week and reached top 40 on Apple Music’s Country Music Daily chart. Stoddard’s first single “Like Me ’Til You Love Me” was released to radio worldwide, while the accompanying music video premiered nationwide on Great American Country TV (GAC) and ZUUS Country.

Stoddard is slated to perform during CMA Fest on Friday, Saturday and Sunday in Nashville. For details, visit jordynstoddard.com.