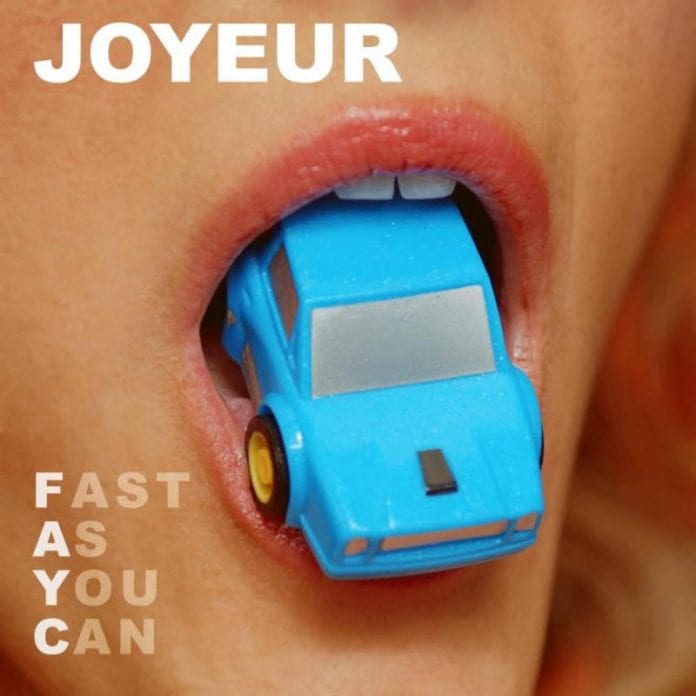 August 9th, 2018 (Los Angeles, CA) – Female pop duo Joyeur have today released their new single “Fast As You Can”. Boasting hypnotic melodies, impressive production and a tribal rhythm built for the dance-floor, the song melds the skills of singer-songwriter Joelle Corey and producer-instrumentalist Anna Feller. The two completely self-wrote, recorded, and produced “Fast As You Can”, along with all of the other tracks set to be featured on their forthcoming debut EP due out this fall. The song is now available on all digital streaming platforms HERE.

LADYGUNN premiered the song yesterday HERE, praising it for making “you want to move, and shake and throw things and dance like you are a crazy person. It’s the perfect song to get you hyped to conquer pretty much anything.”

“Fast As You Can is our unabashed ode to internet stalking”, the duo told LADYGUNN. “We all do it. Everyone nowadays has a certain someone whose social media accounts they frequently and dangerously tread on. We just wanted to remove the shame of that very human, modern experience that we all share but keep to ourselves.”

“It was the song that broke us out of our shells and allowed us to fully embrace this style of non-formulaic pop music that we love,” they added. “It solidified who we are as a duo.”

“Fast As You Can” succeeds Joyeur’s first single “Dig”, which was released earlier this year. With an anthemic chorus guaranteed to get stuck in your head for days, the song demonstrates an early confidence as songwriters that many of their pop music peers take years to develop. “Dig” can be heard HERE now.

Joyeur is a pop duo comprised of Russian-Israeli producer & classical pianist Anna Feller and Angeleno singer-songwriter Joelle Corey. The two first met in Los Angeles, where they are currently still based. Drawing inspiration from other female producer/songwriter dynamics such as Florence Welch and producer Isa Machine, the pair have made it a priority to rally for expanded roles for women in the music industry. In Jo’s words, the group “represents an up-and-coming generation of female creators within this industry and others who are undervalued and marginalized.” Joyeur’s fully self-produced and self-written debut EP is set to be released in fall 2018, with live shows on the horizon as well.

Joyeur has already begun to create a buzz online in just a short period of time. The duo was first noticed for their cover of Kendrick Lamar’s “Pride.” in 2017 by Native Instruments, who highlighted them as an act to watch. Joyeur’s debut single “Dig” also caught the attention of Deli Magazine in early 2018 when they nominated the twosome as one of the “Best Emerging Artists in LA”. Their brand of pop music at times ventures into the worlds of funk, trap, and soul – though it always remains eccentric.