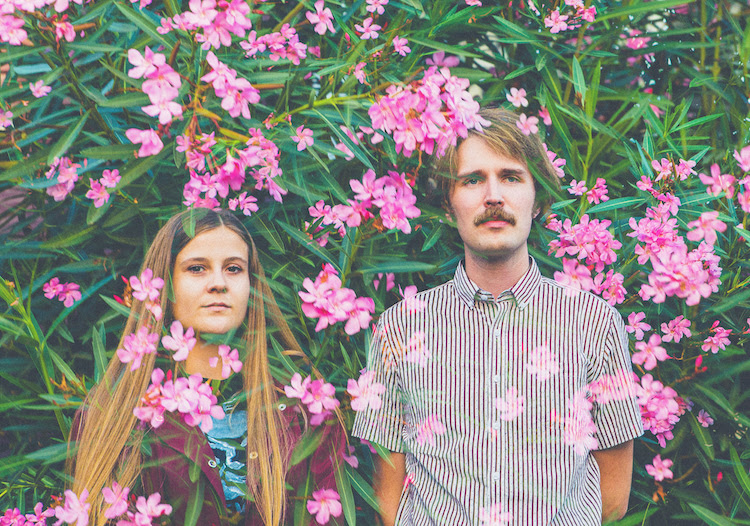 Kacy & Clayton will release Carrying On via New West Records on October 4th, 2019.  The 10-song set was produced by Wilco’s Jeff Tweedy and recorded by Tom Schick at The Loft, Wilco’s recording studio & rehearsal space in Chicago, IL. Carrying On follows the international acclaim for their previous records Strange Country (which Q Magazine called “A beautiful album that nudges a classic past into a brave future”) and 2017’s The Siren’s Song (described by Uncut as “Ageless and beguiling. A classic record for this or any other time.”).

PopMatters has premiered the Mike Trask-directed video for the song “High Holiday” Today.  The song features the legendary musician Charlie McCoy on bass harmonica who is well known for his contributions to infamous recordings by Elvis Presley, Bob Dylan, Johnny Cash, Dolly Parton, Simon and Garfunkel, and more.  McCoy is also featured on “That Sweet Orchestra Sound,” Carrying On‘s closing track.  Speaking to PopMatters, Clayton offered “I’d heard he was still doing sessions and got excited. One of my favorite things he’s ever done was on Tom T. Hall’s “In Search of a Song.” See the “High Holiday” video HERE.

The music Kacy & Clayton make is inextricable from where they grew up. They sing about the kind of people you’d find in Wood Mountain, Saskatchewan (population very few). Their sound is equal parts homespun, coming from a family and community where playing music is an ever present part of social gatherings, and the rare country, blues, and English folk rock they obsess over and collect.  It’s an arresting amalgamation of psychedelic folk, English folk revival and the ancestral music of Southern Appalachia. For Carrying On, Clayton cites as influences: Bobbie Gentry’s Delta Sweete, Hoyt Axton’s My Griffin Is Gone, Cajun fiddle music, and the steel guitar of Ralph Mooney, who played on many of the records that defined the Bakersfield country music scene of the 1950s. Sixties psych has also woven its way into these new songs; Kacy enjoys telling people that they live 250km from the mental hospital that coined the term “psychedelic.”

Of Carrying On, Jeff Tweedy said “When I first heard Kacy and Clayton, I was struck by how much detail and nuance they had absorbed from what sounded like a large swath of my record collection. When I told them that they were as good as the artists they were drawing from, I’m not sure they believed me. On this record I don’t hear those influences as much as I hear them taking the things they love so intimately and telling their own story. I think they’re a truly great band.”

The Bluegrass Situation previously premiered the Sunny Adams-directed video for the album’s first single “The Forty-Ninth Parallel.”  Kacy offered, “The song itself is a Gen Z’s attempt at a fable. The moral is skewed but there still is one if you’re looking. Sunny Adams has created somewhat of a young woman’s ‘Experience Regina’ demonstration video. There are off-putting moments throughout involving a Bud Light Lime hat, a very faint farmer’s tan and a couple of total Sasky party machines. Watching a truck rip donuts to our song has been an unexpected highlight of my life and I hope others may enjoy it too.” See the video HERE.

Having toured almost nonstop for the last two years, Carrying On was conceived and honed on the road and recorded immediately after a jaunt across Western Canada, mostly as live takes with the minimum of overdubs.  The songs having been tried and tested before audiences each night with Kacy & Clayton offering, “This album has, by far, the most intense and confident performances we’ve ever done on record and I hope that intensity will be felt by the listener.”

Kacy & Clayton have also announced a Fall tour supporting Ray LaMontagne beginning October 11th in Providence, RI. Prior to the release of Carrying On, the band will perform select headlining dates, appear at NPR’s Mountain Stage, as well as multiple festival appearances including Americanafest and the Pilgrimage Music & Cultural Festival in September alongside Foo Fighters, The Killers, and more.  (Please see all dates below). 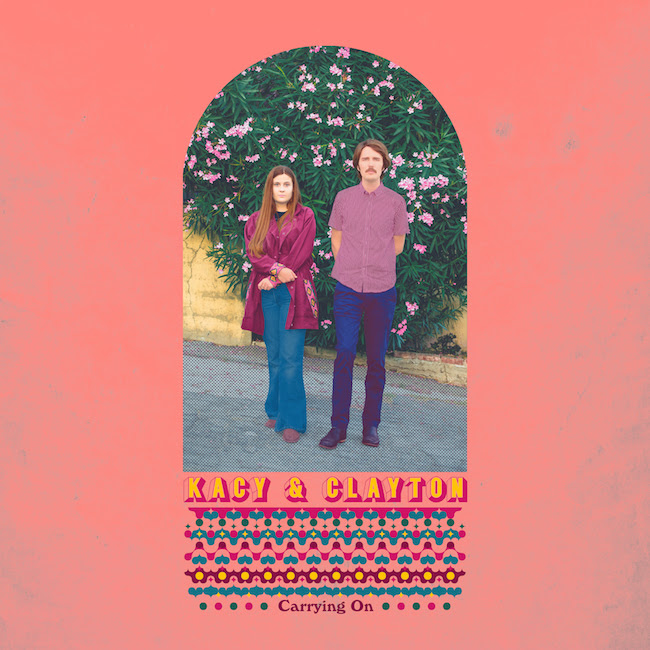 Kacy & Clayton Carrying On Track Listing:
1. The Forty-Ninth Parallel
2. Carrying On
3. High Holiday
4. In A Time Of Doubt
5. Intervention
6. Mom and Dad’s Waltz #2
7. Providence Place
8. The South Saskatchewan River
9. Spare Me Over One More Year
10. That Sweet Orchestra Sound