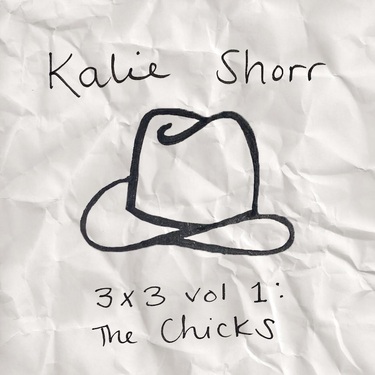 Produced by Eric Mallon and recorded in the midst of quarantine, the project features new versions of three songs from The Chicks‘ 1999 album Fly: “Cowboy Take Me Away,” “Cold Day In July” and “Hole In My Head.” Today’s release is the first installment of a special three-part series celebrating albums that have greatly impacted Shorr’s life and career. Additional details to come.

Of the EP, Shorr reflects, “The forced solitude of quarantine led to a lot of self-discovery, and rediscovery. My records became my friends, and my living room became a concert hall. I fell back in love with the albums that made me want to be an artist. When the idea came to pay homage to them, I listened to my personal mantra: why the f*** not? The Chicks were the first country artists I ever heard. Fly was the only CD played in my sisters ’98 Chevy Cavalier, and I remember spending hours reading the lyric booklet and falling in love with the stories they told. They were my first concert when I was 9 at Madison Square Garden. I swore then that I was going to play there one day, and I’ve been trying ever since.”

3×3, Vol 1 follows the release of Shorr’s latest single, “Amy.” Produced by Butch Walker (Avril Lavigne, Taylor Swift, Green Day), “Amy” was released to critical acclaim earlier this year after first debuting on TikTok, where it has garnered nearly 3 million views to date. Of the song, Rolling Stone proclaims, “Kalie Shorr pairs euphoric Nineties power pop with the lyrical sting of Alanis Morissette…it’s glorious,” while Billboard declares, “Shorr goes full-on rock with assistance from revered pop/rock producer Butch Walker for this power-pop nugget that jumps out of the speakers.” The song is the first unveiled from Shorr’s forthcoming EP, set for release later this year. Details to be announced soon.

The new music continues a series of breakout years for Shorr and furthers her reputation as “a woman who won’t be silenced” (Billboard). Her critically acclaimed debut album, Open Book, was released in 2019 with its deluxe edition, Open Book: Unabridged, following this past December. Self-released by Shorr, Open Book received widespread critical praise and landed on several “Best of 2019” lists including The New York Times, Variety, Stereogum, The Bitter Southerner, and NPR Music, who praised, “Wow this new Kalie Shorr album is good. Mainstream millennial/Z country that makes me think of Avril and Phoebe Bridgers somehow meeting and forming a consciousness-raising group…Hot stuff from one of Nashville’s most promising.” Moreover, The New York Times declared, “the sort of gut-wrenching album made by someone who understands how vital and detailed country music can be, and who is faithful to its heritage (including its lineage of resistance),” while Variety proclaimed, “one of the best contemporary songwriters the genre has to offer.”

Born in Maine and now living in Nashville, Shorr arrived on the scene in 2016 with the release of her debut single, “Fight Like A Girl,” and has continued to receive widespread attention across Nashville and beyond ever since. She’s been included in CMT’s “Next Women of Country,” SiriusXM The Highway’s “Highway Find” and Teen Vogue‘s “The New Nashville,” while also being named an artist to watch by The Tennessean and HuffPost. She has shared the stage with iconic artists such as LeAnn Rimes, Sara Evans, Keith Urban, Stevie Nicks, Jason Isbell and The Struts, and made her Grand Ole Opry debut in 2018. In addition to her acclaimed musical career, Shorr also has her own podcast, “Too Much To Say with Kalie Shorr,” produced by iHeartMedia and Bobby Bones.