Sharing a name with Elson’s series of quarantine cover live streams, the EP was recorded and produced with Ian Fitchuk (Kacey Musgraves’ Golden Hour) and engineer Konrad Snyder at their East Nashville studio.

“It took us a week to record this EP,” says Elson. “Every day we’d approach a different song, break it apart, try to get to the root of the emotion and then build a homage to the original. The music feels very vulnerable and intimate-these songs are so powerful in their own right, we weren’t trying to make them anything they’re not. Just get down to their marrow and their essence.”

The EP is Elson’s first new music since the 2017 full-length Double Roses-produced by Jonathan Wilson and featuring collaborations with Father John Misty, Pat Carney of The Black Keys, Laura Marling and more-which received widespread acclaim from The Guardian, Clash, Paste, Mojo and a number of others.

2020 has also seen the release of Elson’s much-lauded illustrated memoir The Red Flame in partnership with Rizzoli, chronicling her hardscrabble childhood in the north of England, fashion debut on the cover of Vogue Italia at 18, and storied, paradigm-shifting career as a supermodel, all alongside iconic photographs by her closest collaborators: Steven Meisel, Tim Walker, Annie Leibovitz, Mert and Marcus, Juergen Teller, Harley Weir, Alasdair McLellan and many more. The book is accompanied by forewards by British Vogue editor Edward Enninful, Walker and a conversation with Grace Coddington.

Born and raised in Oldham, outside Manchester, Elson was discovered as a teenager and launched to an international fashion career at 18, going on to cover Vogue, British Vogue, Vogue Italia, W, Dazed & Confused, Numero, Harper’s Bazaar, Elle, Marie Claire and countless more. A lifelong music fan and songwriter, Elson released her debut solo album, The Ghost Who Walks, in 2010, followed by Double Roses in 2017. 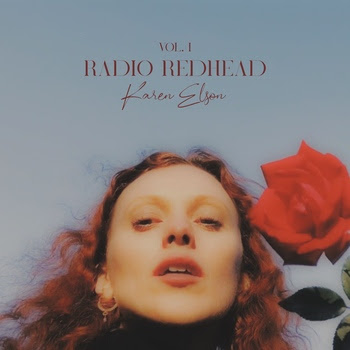