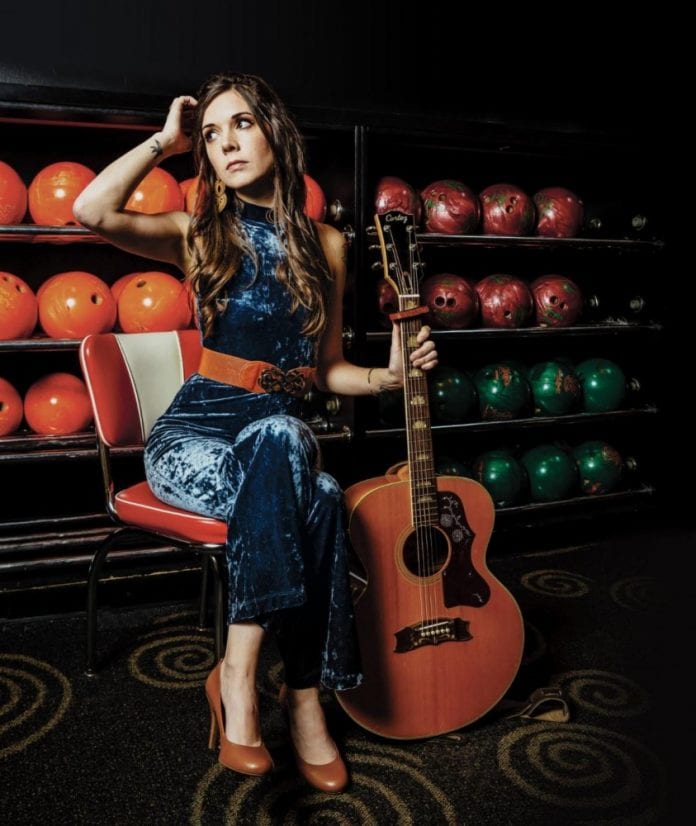 Fredericksburg, VA’s Karen Jonas is ramping up to the release of her newest album The Southwest Sky and Other Dreams – out August 28 via Yellow Brick Records. American Songwriter premiered Jonas’s new single “The Last Cowboy (at the Bowling Alley)” earlier this week, calling the song “warmly nostalgic and old-fashioned” and “vintage American roots country,” noting that the track “aims to take the listener back to years with less digital freneticism and more of the classic small community bonding that pervaded towns with cherished gathering spaces.”

LISTEN TO “THE LAST COWBOY (AT THE BOWLING ALLEY)”

“The Last Cowboy (at the Bowling Alley)” follows the release of “Pink Leather Boots,” a rockabilly inspired love story and trucker’s tale with an animated video that premiered exclusively via The Bluegrass Situation. And “Tuesday,” a groovy, light-hearted song Jonas wrote about “feeling overwhelmed by grown-up responsibilities…becoming extremely overwhelmed, and going to take a nap instead.” DittyTV exclusively premiered “Tuesday” earlier this Summer.

Karen Jonas’s new album, The Southwest Sky and Other Dreams is a flashback-fueled fever dream of Americana songcraft and storytelling. Taking the vast desert expanses of the American Southwest as her backdrop, Jonas embroiders small-town snapshots into vivid explorations of our inner struggle between ambition and inaction.

The Virginia singer-songwriter’s most accomplished and evocative expression to date, The Southwest Sky and Other Dreams captures that aching space between romantic dream state and numb reality like few before.

“It’s amazing that our brains are capable of sustaining this whole existence of imagination … of these dreams and goals and ambitions,” mulled Jonas, chatting from her Fredericksburg home. “But sometimes that’s enough. Because sometimes the action isn’t really critical to get you through the day.”

Drawing from memories of love-struck travels around desert California in a converted Greyhound bus, and scribbled notes taken between tour stops in dusty West Texas, The Southwest Sky and Other Dreams overlays relatable characters and circumstances with the fathomless mystery of the human condition. Astonishingly articulate and atmospheric, it turns the desert’s dichotomous sense of endless space and counterintuitive claustrophobia – both actual and imagined – into a profoundly lucid metaphor that lingers long after its final notes.