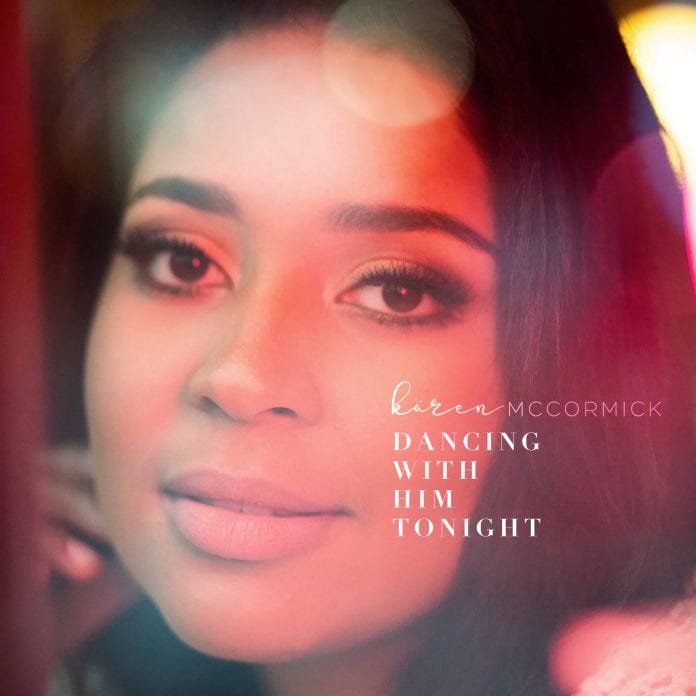 NASHVILLE, TN (Feb. 22, 2019) — Brazzaville, Congo native Kären McCormick is swaying into the country scene with her new single “Dancing With Him Tonight” available TODAY. Daring with an air of mystery, the 23-year-old’s third release is self-penned and produced by Caleb Lovely and Lucas Hathaway. It is available on iTunes HERE, Spotify HERE and all digital retailers.

Taste of Country revealed “Dancing With Him Tonight” in an exclusive first listen, calling it a“hypnotic, sultry pop-country song.”
Read More: Kären McCormick Takes a Chance in New Song “Dancing With Him Tonight” [Exclusive Premiere]
With a vocal blend of Taylor Swift and Kacey Musgraves, the newcomer is already making a name for herself. McCormick snagged a win at Got Talent, Spokane? in 2012 and played two dates on Kelsea Ballerini’s “The Unapologetically Tour” with Walker Hayes. She has opened for Terry McDermott of NBC’s “The Voice” and has racked up over 850,000 views on YouTube.
Inspired by artists like Carrie Underwood and Faith Hill, McCormick released her first autobiographical single, “Just a Song,” in March 2018. With more than 20,000 streams, it has been recognized by The Daily Country as “a universal pop-country track which recalls a certain superstar.” Her sophomore single, “We Were on Fire,” was released in August.
Kären McCormick is slated to release her debut EP this summer.