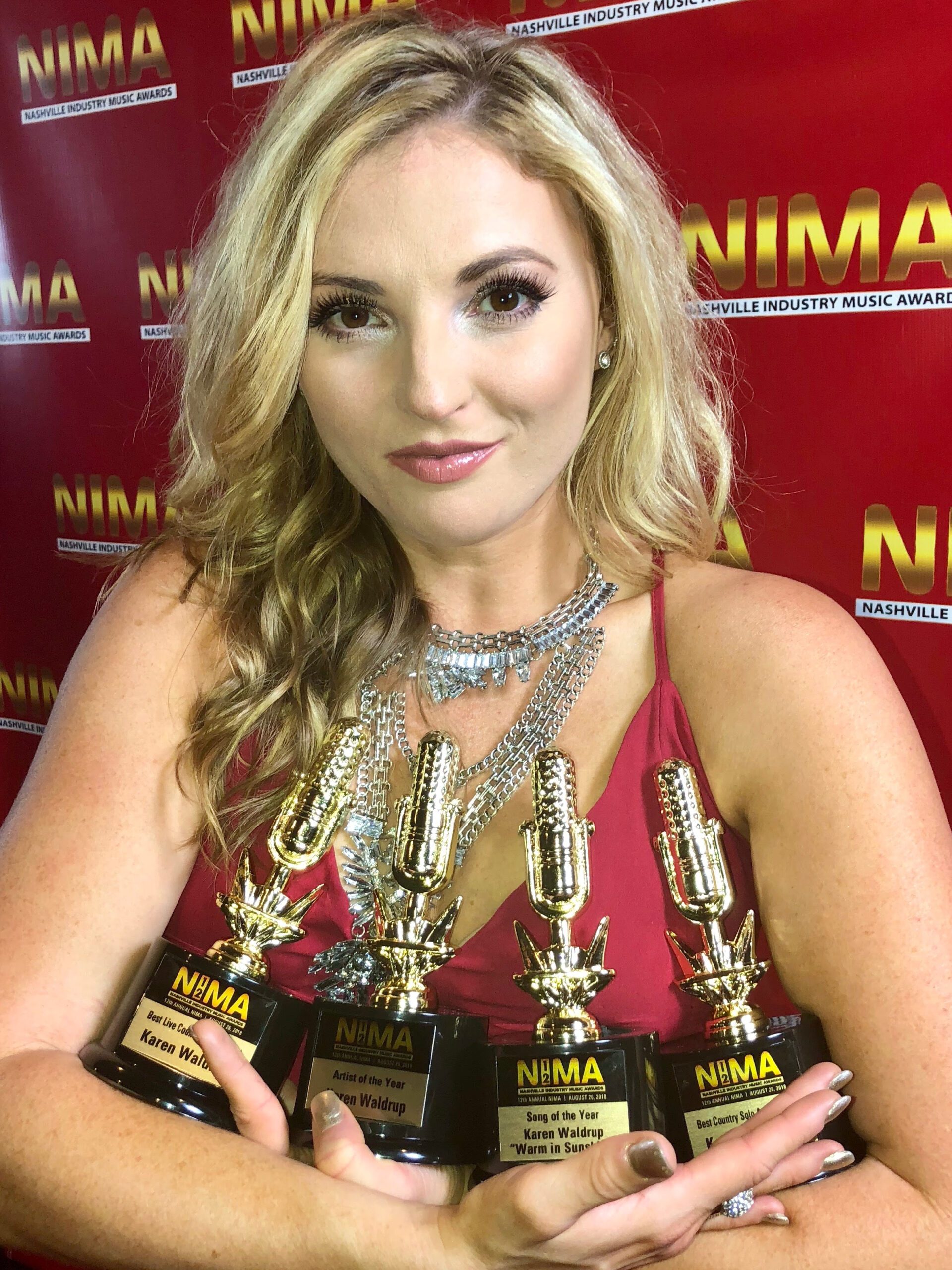 Nashville, TN (August 27, 2018) – On the heels of her Hallmark TV debut last Friday, viral sensation Karen Waldrup added four more awards to her resume. Last night at Nashville Industry Music Awards’ (NIMA), Waldrup won all four fan-voted categories she was nominated for including Artist of the Year, Song of the Year for “Warm In Your Sunshine,” Best Live Country Performer and Best Country Solo Artist Female.

Waldrup released her first full-length album Justified on July 13th. She wrote or co-wrote 9 of the 11 tracks with Nashville friends and fellow songwriters including Julia Cole, Anthony Smith, Donnie Skaggs, Ed Hill, Brian Kolb and others.  The album features title track “Justified,” that Music Row magazine calls “a soul-rock tune that showcases potent, wailing and penetrating vocalist with moxie and fire,” the catchy party anthem “What Goes On In This Bar (Stays In This Bar),” Waldrup’s viral version of “I Hope You Dance,” the Lori McKenna penned love song “Sometimes He Does” and the vibey and sultry “Slow and Easy.”

Throwback to November 2016, Waldrup launched an Indiegogo campaign to fund a new project that award-winning producer Garth Fundis agreed to produce.  The life of the campaign was a roller coaster ride, with very low lows and even higher highs for independent artist Waldrup.  During the campaign, she heard a preacher say “the moment you take the burden off of yourself to be important is the moment you start living your true potential,” and she committed to living that mindset.  Shortly after, by request from a 16-year-old fan, Waldrup recorded an unedited, one-take cover of Lee Ann Womack’s massive hit “I Hope You Dance” in her living room.  After sending it to that fan, she also shared the video with her friends at lifestyle brand Country Rebel. They were blown away by the heartfelt cover and posted it immediately on their socials.  After millions of views and thousands of interactions on social media, her Indiegogo campaign was over 100% funded and she began recording that dream album. To date, the video has been viewed over 28 million times. 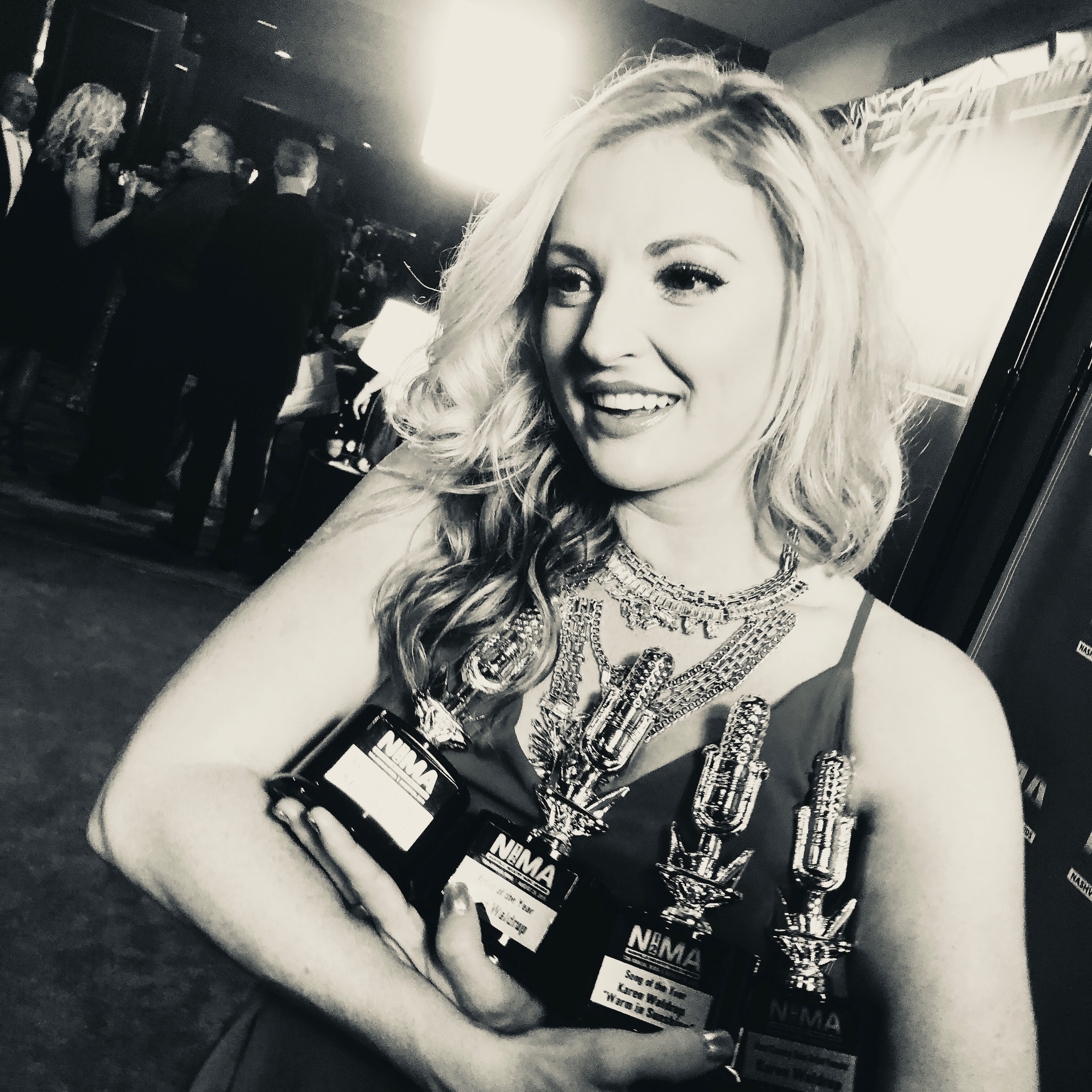 Check out “behind the scenes” from the album here.