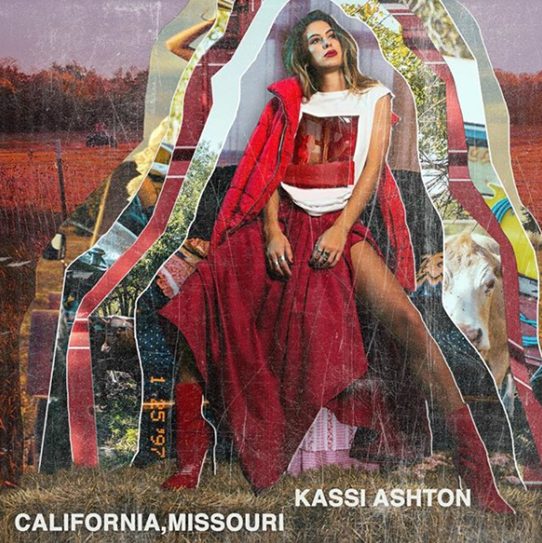 Quickly making a name for herself with her soulful voice and authentic songwriting, Kassi shares, “This is the song I always knew I wanted to write. It’s an intro to everything I am.” In the deeply personal song, Kassi digs into her experience as a self-described black sheep, ridiculed for her individuality and ready to break away. “I want the people who live here [California, Mo.] to hear it and know that I love them, but I also want them to know how bad it hurt,” she continues. “I also want them to realize that the hurt and the beauty is what made me who I am complete.”

In addition to writing the autobiographical “California, Missouri,” Kassi created the concept and graphics for the song artwork. “This is my introduction to the world,” she says. “I wanted people to get more than just a pretty picture.” Comprised of seven layered images all shot at her father’s farm, Kassi aimed for “high fashion editorial in front of a cliché, but honest, rural country background.” The multiple layers each have significant meaning and range from one of her high school senior pictures, a time when the young songwriter says, “dreams were still dreams,” to a pile of junk outside her dad’s shop and a horse trailer. Kassi explains, “I’ve always tried to make beauty out of a mess – and I’m kind of a creative mess – and it’s unconventional. I like things that are unconventional and skipped over.” One of the final images is of three-year-old Kassi performing at her grandparents’ home. Thinking back on all of those years with one goal in mind, Kassi shares, “I’ve thought about this my entire life – every day since I was that age – and now I’m living it.”