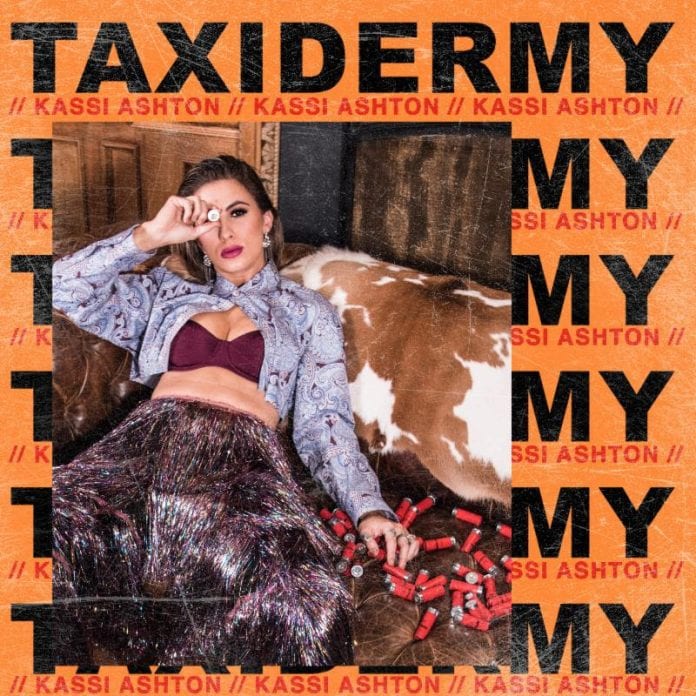 NASHVILLE, Tenn. (Friday, May 25, 2018) – Kassi Ashton, one of Nashville’s most compelling rising stars, releases “Taxidermy” to all digital partners today. Bringing her characteristic swagger and take-no-prisoners attitude to the title, Kassi makes the Natalie Hemby, Luke Dick and Rosi Golan-written song entirely her own. Listen to “Taxidermy” HERE.

“I knew the second I heard ‘Taxidermy’ I had to have it,” says Kassi. “It’s the perfect second piece of me. Dad used to always say he didn’t have to take a gun to the door when my date came,” she explains; then adds slyly, “I had my own.”

Huffington Post gives Kassi “mad props for her songwriting and stage presence” while CMT calls Kassi “fearless” and notes “her point of view is inspired and her storytelling knows no bounds.” Kassi recently released her autobiographical song “California, Missouri,” where she paints an unconventional portrait of life growing up in her small town.

Kassi, named “Who to Watch” by Huffington Post, The Tennessean and radio personality Bobby Bones’ Class of 2018, also caught the attention of country superstar Keith Urban. Describing her as “such a unique, original creature,” Urban featured Kassi on his song “Drop Top” for his latest album Graffiti U.

For more information on Kassi, videos, and music, visit www.KassiAshton.com.