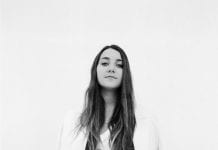 Katie Pruitt Covers Courtney Barnett for “Out of the Closet” Series

(Nashville, Tenn. – Oct. 11, 2018) Keb’ Mo’ and Rosanne Cash have released the official music video for their timely anthem song, “Put A Woman In Charge,” an upbeat track with a timely message about female empowerment and embracing women in leadership roles. Following the recent passing of his mother, Mo’ hopes the track can be a gift to women everywhere, that was like his mom; intelligent, hard-working, savvy, and resilient.

Mo’ commented, “My mother just recently passed at the age of 91. She was smart. She was strong. She was a leader. This video is dedicated to her and amazing women everywhere that are getting the job done.”

The video was shot by Glenn Sweitzer of Fresh Films and is available for viewing here.

Music force Rosanne Cash, who delivered a powerful speech while accepting the Spirit of Americana Free Speech Award during this year’s Americana Music Awards teamed up with Keb’ and sings on the track. On Nov. 2, Cash will release her first new album in nearly five years, titled “She Remembers Everything.” The poetic, personal and incisive collection features ten songs, all written or co-written by Cash, that reckon with a flawed and fragile world from a uniquely feminine perspective.

Keb’ Mo’ is coming off his most recent album release, TajMo, a cross-generational collaboration with legendary blues musician Taj Mahal that merges the two artists’ distinctive voices and guitar styles. The project, which won the 2018 GRAMMY for “Best Contemporary Blues Album,” features guest appearances by Sheila E., Joe Walsh, Lizz Wright, and Bonnie Raitt. Additionally, at the 39th Annual Blues Music Awards, TajMo earned Album of the Year and Contemporary Blues Album of the Year, and Keb’ Mo’ also took home the title of Contemporary Blues Male Artist of The Year.  As previously announced, Keb’ Mo’ will headline a 2019 West Coast tour, set to kick-off May 7, 2019, in Grants Pass, OR.  For more information on Keb’ Mo’s tour dates or to purchase tickets, please visit http://www.kebmo.com/tour/.