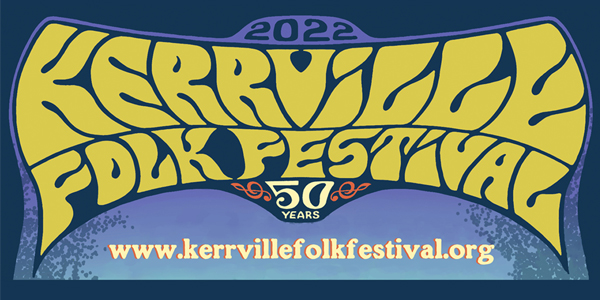 Today the renowned Kerrville Folk Festival has released the second wave of performers set to appear at this year’s festival. The festival held from May 26th to June 12th is their 50th Anniversary. This year’s lineup promises to be one of the most diverse and impressive in the festival’s storied history.

The Kerrville Folk Festival is a long-standing pillar in the folk community both in Texas and in the country as a whole. Among the longest continuously running music festivals in the country, Kerrville is an event that many artists and fans plan their entire year around. Having helped launch the careers of such luminaries as Robert Earl Keen, Anais Mitchell, Lyle Lovett and many more, Kerrville’s dedication to the singer and the song is unparalleled. Held on the sprawling 50 acres Quiet Valley Ranch, the 18-day festival becomes a thriving community every spring. People from all corners of the country descend on the ranch, renewing friendships both old and new, celebrate the music they love and lose themselves in an atmosphere that is unlike any other. Whether this is your first or your 50th trip to Kerrville you will be greeted with the customary “Welcome Home”.

Currently full 18 day tickets are available on Kerrville’s website (Ticket Link). Weekend and one day passes will be put up for sale later this year.