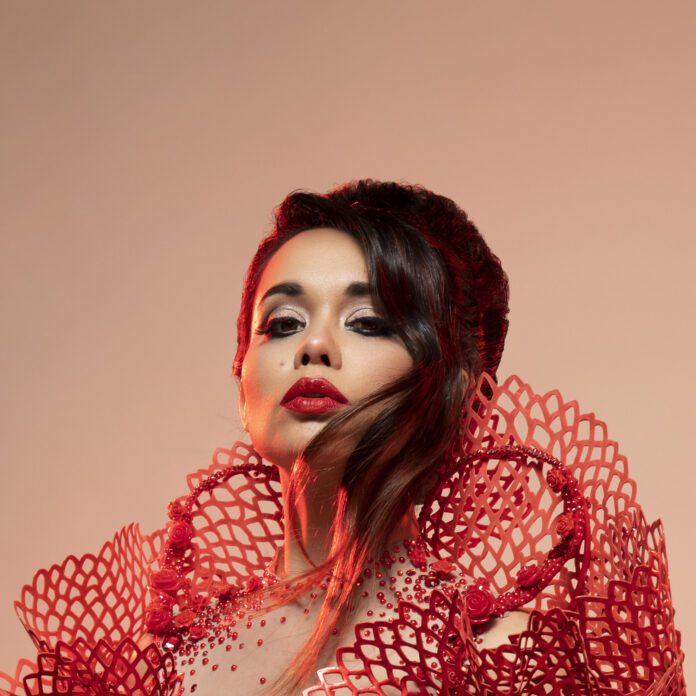 “From a songwriting standpoint, this is one of my best yet – depicting a fractured relationship on the verge of a meltdown. On a global scale, this energy runs a parallel to so much of what humanity is experiencing, facing the chaos both within and around, as we stand in the eye of the storm. What a perfect time to let out that cathartic release and SCREAM!”

“Scream” is the half-British, half-Pinay singer’s most exciting offering this year, following on from the exquisite electro-pop numbers “Freedom” and “Warrior” and her more transformative songs “Home” and “Bliss.” Having already attracted a committed following with electronic hits like the Lotus collaboration “Anti-Gravity” – which has garnered over 2 million streams – and the downtempo Thriftworks production “Someone,” Oriel’s artistry has really come into its own in recent years, with her eye-popping, self-directed aesthetics reflecting her expertise in design and architecture.

“Start from the heart, let my dreams make the rules” perfectly summarizes electro-soul siren, Oriel. Her vocal tone offers a unique texture of urban grit, paired with a mysterious sense of melodic formation, creating a seductive, otherworldly sound all her own. With “a voice that will pierce your soul” (Indie Shuffle), her hypnotic R&B synth-pop both electrifies and soothes the senses, all in one breath.

Born in the UK, Oriel grew up in the US and embarked upon a promising design career, but during the height of the recession following the economic crash, she discovered that her long-time love, music, was her ultimate passion. Using the skills she honed as a production designer, Oriel now adapts her talents to self-manage and direct her music career.

While working on her debut EP, Sunday, Oriel also collaborated with a number of prominent musicians including electro band Lotus on their track “Anti-Gravity” and downtempo producer Thriftworks on “Someone”. The former, she would go on to perform with the band at iconic venues like The Fonda in Los Angeles and Red Rocks Amphitheater in Denver. The latter would end up exposing her to many underground electronic music lovers. Building on this momentum, her recent run of singles including “Freedom”, “Home” and now “Scream” has continued to cement her reputation as a musical force to be reckoned with.