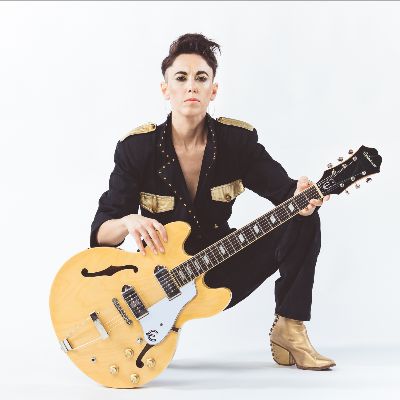 If the future is female, then Gina Chavez is the poster child. The multi-ethnic, Austin native is a queer, Catholic, internationally-acclaimed Latinx pop artist who won’t take no for an answer. She is proud to release her new song of female empowerment, “She Persisted,” out on Super Tuesday, March 3rd, 2020.

Chavez was inspired to write this song “by the moment Mitch McConnell silenced Elizabeth Warren on the senate floor.”  She says, “His words are sampled in the song, ‘Nevertheless, she persisted,’ the same words that became a rallying cry for women all over the U.S. and the world. Because it’s what women do…we persist!”

Gina Chavez has toured in 10 countries as cultural ambassador for the US State Department. She also has won 12 Austin Music Awards, has performed on NPR (garnering 1 million views) and PBS, and has topped the Latin charts on iTunes and Amazon.

Chavez will release her fourth album, her first all-Spanish album, La Que Manda, in May 2020.

“She Persisted” will be available for purchase or streaming exclusively on GinaChavez.com starting Tuesday, March 3, 2020.