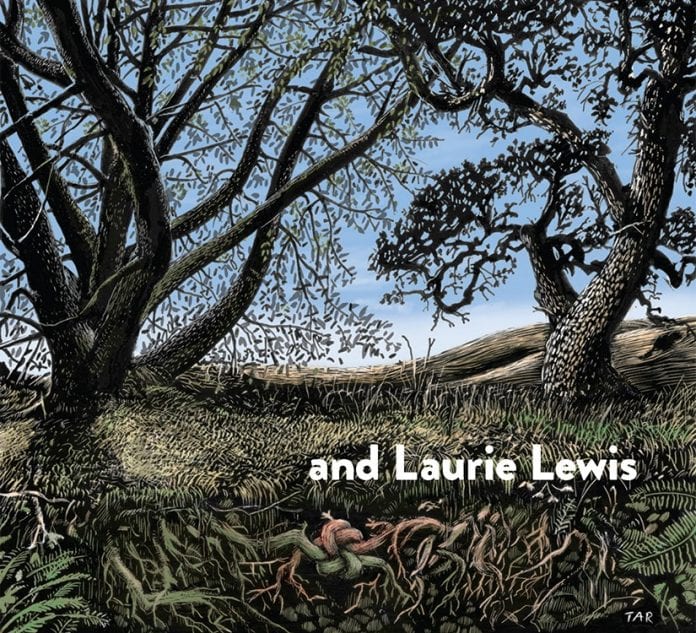 March 27, 2020 – Berkeley, CA – Bay Area bluegrass matriarch, Laurie Lewis, is no stranger to sharing a song and microphone with those lucky enough to share a stage with her, but not often does one catch that energy behind the closed door of a recording studio. Never one to back down from anything, Lewis called upon a number of her West Coast cohorts to bottle up these little jolts of collaborative lightning on her newest release, and Laurie Lewis. Available today, Lewis’s 13-track collection of duets isn’t a release for release’s sake, but a thoughtful contribution to the American music canon, honoring the relationships and friendships that have brought her to the present moment and also supporting the young musicians who will help carry her legacy into the next generation. “There are things that you can communicate musically together, which are hard to put into words,” Lewis explains. “To have those conversations with people I love and who have been so significant throughout my career is a beautiful thing.” Bluegrass Today called and Laurie Lewis “both poignant and personal” while American Songwriter praised the album as “Lewis’s way of contributing to the future of a revered tradition.” Fans can now purchase and Laurie Lewis here.

Putting together an album’s worth of songs has never been an issue for Lewis and her lifetime deep catalog of originals and passed-down folksongs, but with and Laurie Lewis, each of the 13 songs feels like a standout—like a subconsciously preordained compilation of hits, roughly half self-penned and the rest covered from elsewhere. The album opens with “You Are My Flower,” a duet with Molly Tuttle on a song which Lewis learned “through osmosis” from the Nitty Gritty Dirt Band’s first Will The Circle Be Unbroken album. Lewis has followed and supported Tuttle from her early days as a kid at regional bluegrass festivals to her modern-day award-winning guitar prowess and Tuttle has looked up to Lewis throughout that entire rise to bluegrass stardom. Their history creates a beautiful, easy interplay on “You Are My Flower,” where one voice effortlessly picks up where the other leaves off.

“Troubled Times” hones in on that vocal interplay with an acapella arrangement of a Lewis original featuring Leah Wollenberg‘s perfectly supportive accompaniment. “I wrote this song many years ago, and I guess it has just been waiting for the right voice to sing in harmony,” says Lewis. “I have known Leah since before she was born, and our voices fit like family.” Fans should not be misled by the title of the song that Lewis has chosen to sing with her decades-long cohort, Tom Rozum. Their voices combine with Lewis’ 1935 Martin D-18 guitar and Rozum’s 1922 Lloyd Loar-signed Gibson Master Model mandolin on the obscure version of “Will the Circle Be Unbroken” which Lewis and Rozum learned from Bill and Charlie Monroe.

In some ways, and Laurie Lewis is a career retrospective, in others, it’s a step towards the future and the passing of a torch. It’s a commitment to the community and an invitation for others to join in the tradition, to keep a focus on the importance of folk music and storytelling. On and Laurie Lewis, Lewis looks effortlessly into the future through the lens of her past and the vision is steadfast and clear.