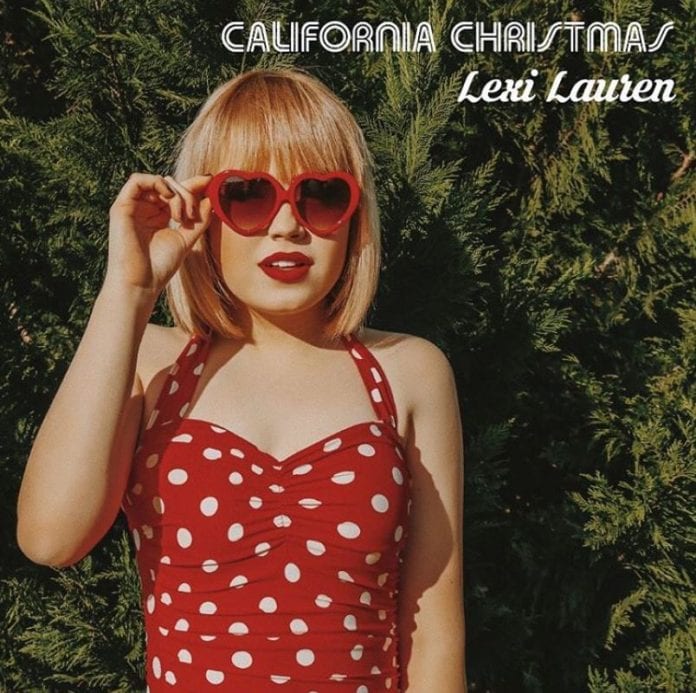 Originally from Sacramento, California, up-and-coming country singer-songwriter Lexi Lauren had Nashville on her mind. A fan a Martina McBride, she fell in love with country music when she heard the lyrics of McBride’s single “I’m Gonna Love You Through It” which helped Lexi through a difficult stage in her young life when her grandfather was battling lung cancer. From this experience, Lauren discovered the influence music can have in helping people through difficult situations and knew that’s what she would like to do.

With a lot of talent, she’s been writing music and playing guitar since she was 10, and a supportive family behind her, they packed up and moved cross-country to Nashville last year for Lexi’s dream.  This 16-year-old released her debut single “Don’t Text” earlier this year, has had her music premiered on Radio Disney, been featured in numerous media outlets, and spends a great deal of time interacting with her social media fans resulting in a combined fan base of over 300,000 across all platforms, which continues to rapidly grow.

Spending the last year writing, performing, and recording, Lexi releases today her five-song Christmas EP, California Christmas which she is excited to share with everyone! Lexi is already making a mark in this world, but her career is just getting started!

Lexi fills us in on the inspiration behind California Christmas and a little about her background.

With the Holiday season fast approaching, you just released an EP, California Christmas. Tell us about the inspiration behind the album.

I wrote California Christmas about missing my hometown around the holidays. I think it’s something that many people struggle with, and is definitely something I have a hard time with – especially around Christmastime! I chose the cover songs on the EP by picking popular Christmas songs from different decades – ’50s, ’60s, ’70s, and ’80s. I wanted each song to sound like the era it came from, while still adding unique touches and making it my own. I’m so pumped to get to share it with the world!

How has your life changed since you moved to Nashville?

Moving 2,000 miles away from home was absolutely crazy! When I first moved to Nashville, I thought that everything would stay and feel the same – but my life has truly changed so much. The first six months were pretty rough, and it took some major getting used to… I definitely miss California, but I’ve really fallen in love with Nashville and can’t imagine living anywhere else!

We know Martina McBride was a huge inspiration; what other artists inspired you?

There are so many artists that have inspired me! Martina McBride is definitely one of my biggest inspirations – along with Faith Hill, Shania Twain, the Dixie Chicks, Lee Ann Womack… I love ’90s/early 2000 country music!

I first got into country music when I listened to “I’m Gonna Love You Through It” by Martina McBride for the first time. My grandpa had stage 4 lung cancer, and I instantly connected to that song. That’s when I realized how powerful and healing music could be. I started playing guitar when I was 10 years old (almost right after I found Martina’s music), but I had a really hard time with it – so I put it away and focused on dance, which was my other passion at the time. A couple years later, I broke my foot while practicing in my living room, and I thought it was the end of the world! I had a giant black boot on for eight weeks, and that’s when I picked up the guitar again. I’ve never looked back since!

Since you were so homesick last year, what are your Christmas plans this year?

I’m so excited to be heading back to California for the first couple weeks of December! Some of my family will be here in Nashville for Christmas and New Years, so I can’t wait to catch up and hang out with everyone!

Be sure to follow Lexi on her website and social media to keep up to date on shows, new music, and exciting things coming soon!

Yola performed at the Neptune Theater on February 16, 2020