Lilly Hiatt will return with Lately on October 15th via New West Records. The 10-song set was co-produced by Lilly and her drummer Kate Haldrup at Death Ladder in East Nashville, TN. In celebration of “Cassette Week,” the cassette version of the album will be released a week early on Friday, October 8th. Lately is the follow-up to Hiatt’s critically acclaimed Walking Proof, which was among the first records released to feel the full wrath of the soon-to-be raging pandemic that would bring the world to its knees. Despite the timing of its release, the long-player was named a “Best Album of the Year” by Rolling Stone, No Depression, Magnet Magazine, Slant Magazine, and more. NPR Music called Lilly “…one of the great 21st Century Southern Rockers,” saying, “…she’s a striving, self-made heroine of country-accented indie rock” while Rolling Stone said, “Hiatt proves herself to be Nashville’s indie-rocker-to-watch on this collection of Big Star-worthy jangle anthems and introspective psych-folk.” Rolling Stone Country called the album “…exhilarating…” saying, “At once electrifying and dreamy, the follow-up to Hiatt’s breakout Trinity Lane cements her as a vital voice.” Pitchfork said, “…Walking Proof winds through moments of incandescent joy, gentleness, cathartic noise, and even unease…It’s as if Hiatt has emerged from a dark, uncertain period as a stronger, bolder artist, winding up with an album that encompasses a full spectrum of feeling as it rocks with abandon” while Paste Magazine said in their 8 out of 10-star review, “This is music to liberate yourself to.”

As each day passed following the release of Walking Proof, more events were postponed, moved, and ultimately canceled. The sudden stillness forced Lilly to take a long, deep look inside and despite having a new album just released, she went back to doing what she does best: she picked up the guitar and started to write. What could have been devastating ended up being therapeutic, and Lilly learned how to find fulfillment in quieter places versus the adrenalized life she was used to.

Today, The Boot premiered the video for the album’s title track. Lilly says, “‘Lately’ is all for you. I’d like to let you in on the strife and hope that came from the last year for me. The song is a dream that can come true, even if that dream changes over time. Dylan Reyes took the dream and turned it into a vivid trip for our video and here it is.” See the “Lately” video, directed by Dylan Reyes, HERE.

SPIN previously shared the video for the album highlight “Been,” alongside a feature with Lilly about Lately‘s creation. The video was created by Lilly and is composed of vintage super 8 footage filmed by her mother and recently found in the Hiatt Family storage unit.

Lilly says, “Last year was tough. That’s an understatement for certain. Tears were shed, lives were lost, and lonely was a way of life. I have always felt lonely, but never gone to the depths of solitude that I had in 2020. The irony of that is, I was not alone at all in that space. Everyone had lost something, and we all were trying to rebuild our lives as we knew them. As a means of keeping sane, I started to write songs. Some of them sucked. I kept doing it though, because I had nothing else to fill my cup.”  She continues, “Depression was a big part of fall and winter. I forgot how down I could feel. But I also felt hope in that light that came from a memory of a past adventure or a stranger’s smile while walking down the street. Little things lifted my spirits. I missed my friends. I missed my family. I was devastated by the grief our country was facing, as well as the world. I felt unified in knowing that I was not on my own in that mentality. Many were questioning a lot of what was happening and though ideologies and understandings were fractured and opposing, most people I know craved to be together again. I realized that my heart was full of everything I loved and that would carry me forward for the time being. Eventually, we would all get back to one another.”

And get back together we have begun to do. Following an appearance on Mountain Stage this weekend on October 3rd, Lilly will launch a North American tour with Lydia Loveless on October 20th in Houston, TX. The tour will keep the duo on the road throughout most of November and will feature stops at the Continental Club in Austin, The Chapel in San Francisco, a two-night stand at the Tractor Tavern in Seattle, and more. Additional 2021 headline dates in support of Lately have also been announced as well. Please see all dates below.

By opening up about her fears and anxiety and having taken a big step back, Lilly Hiatt learned more about herself than she could have ever realized. Which is what great songwriters do.

Lilly Hiatt’s Lately will be available across digital platforms and on cassette. Lately is available for pre-order NOW via New West Records. 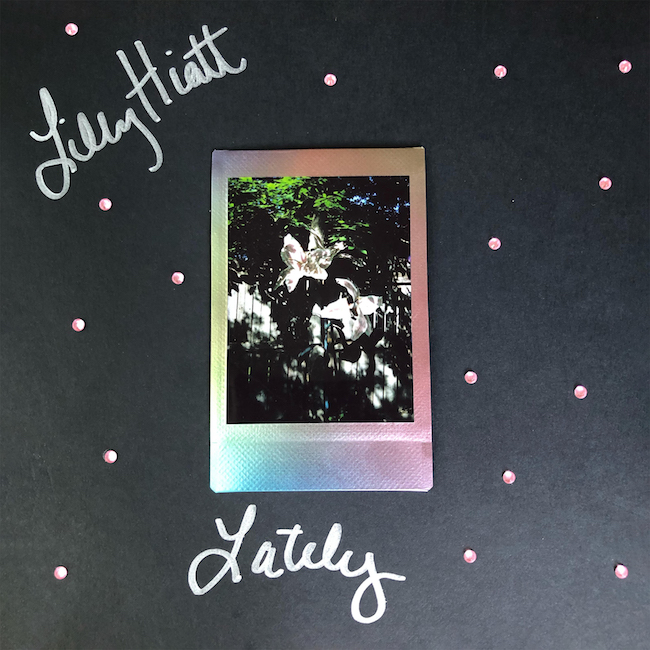