Home News Music News Lisa Bouchelle’s Stirring Rendition Of The Iconic “If You Could Read... 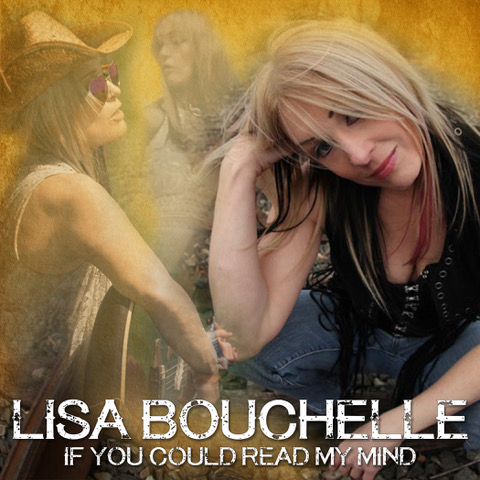 Philadelphia, PA (July 24, 2018) – Acclaimed Indie Americana artist Lisa Bouchelle isn’t taking any time off this summer. On the heels of her latest second single “If You Could Read My Mind” garnering airplay on both influential Triple A radio stations (including WXPN in Philadelphia and KCSN in Los Angeles) and select country stations, the chart-topping artist is now debuting the video for her haunting rendition of the Gordon Lightfoot favorite.

Bouchelle’s newest release is the second single off latest EP Lipstick Tomboy, which is closing in on two million streams on Spotify. Described as a “dreamier version of the original,” it has quickly resonated with fans thanks to its evocative juxtaposition of ethereal vocals layered over the twang of her acoustic guitar, with pedal steel added by Jeremy Steel (Emmy Lou Harris, Buddy Miller). The track was co-produced by Jeff Trott, Sheryl Crow’s producer and co-writer of many of her biggest hits.

Bouchelle’s previous video for the EP’s debut single “Only The Tequila Talkin’,” a duet with John Popper of Blues Traveler, currently has over 100,000 views on YouTube. The song received the “Disc of The Day” award from Robert Oermann at MusicRow, and the EP a coveted “Highly Recommended” rating from Goldmine Magazine.

“I’ve always loved bringing my music to life visually through my videos,” said Bouchelle. “They’ve allowed me to channel a creative side that I don’t always have the opportunity to explore. With ‘If You Could Read My Mind,’ especially, I was able to convey a deeper part of myself that isn’t often seen by many.”

In addition to releasing her new video and single, Bouchelle has also spent the past few months touring with outlaw country troubadour Shooter Jennings and renowned surf rocker Donavon Frankenreiter. She will be on the road with Frankenreiter until September.

To view the “If You Could Read My Mind” video, visit https://youtu.be/7tKrJEjwq4A