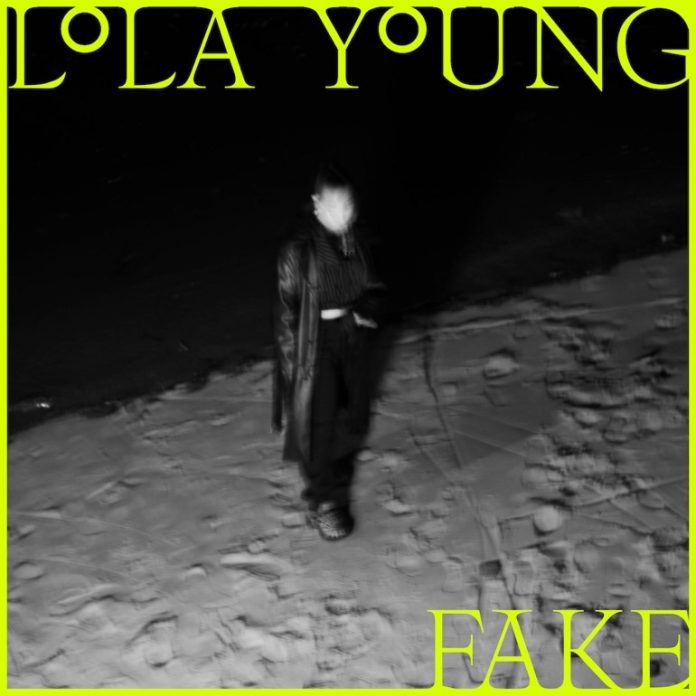 Fresh off the release of her new EP, After Midnight, rising star Lola Young returns with a brand new single, “FAKE,” out today via Capitol Records. She’ll make her U.S. television tonight, performing the song on “The Late Late Show With James Corden” after being hand-picked by Corden himself. Tapping into a vibe that Janis Joplin might have come up with if she was a 20-year-old South Londoner living in 2021, “FAKE” fuses soaring vocals, shimmering guitars and stomp-along drums, playing out, as Young says, “like a scene from a Tarantino movie.” The song was produced by Paul Epworth (Paul McCartney, Beck, Adele). “FAKE,” which will have its UK radio premiere on BBC Radio 1 with Clara Amfo, is available for download / streaming HERE. Watch the visualizer HERE.

“‘FAKE” is a song about remembering the core of who you are,” explains Lola Young. “There is so much constantly being sold to us, so much that is trying to tell us who to be, whether it’s an advert or person on the street. How would we be if we ignored it all? When writing this song I was trying to drown out all the noise, it’s about remembering that everything other than what you personally believe isn’t the truth and to listen to your instinct about what’s fake. I hope whoever hears this relates and feels a sense of empowerment towards anything or anyone that has made them feel inadequate in their life.”

Young takes her place today as an Amazon Next Breakthrough Artist and will appear on the cover of their Breakthrough playlist worldwide. Following her UK tour with Dermot Kennedy and festival performances, she’ll launch a fall UK/EU headline tour. View itinerary HERE.

Billboard praised the “velvet-voiced Lola Young” and Clash Magazine hailed her music as “touching [and] honest.” The Honey Pop said, “With her sultry voice and such an explosion of talent…[Young’s] emotional loops hit us hard.” Hailed as “a star on the rise” by ELLE UK, the 20-year-old artist is fiercely independent and uncompromising. Her work to date – the powerful singles “Ruin My Make Up” and “Woman,” her debut collection of tracks, Intro, and second release, the RenaissanceEP – received support across the board from the likes of Billboard, Atwood Magazine, Wonderland and British Vogue.