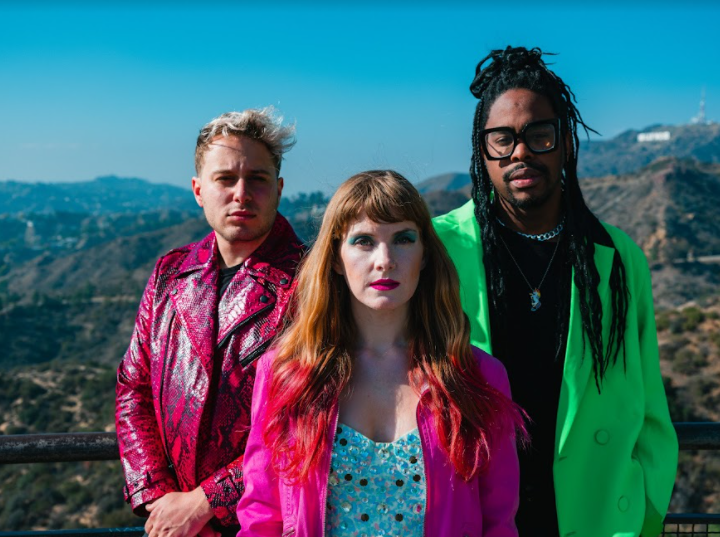 DECEMBER, 2021. LOS ANGELES, CA: Queer icons Lucy & La Mer and Fab The Duo join forces to release an honest, contemplative reflection of 2021 on “Weird Year”. 2021, with its on-and-off lockdowns, changing Covid restrictions and variants, and political turmoil is without a doubt a weird year, possibly one of the weirdest in living memory. “Weird Year” takes a positive spin on a bizarre and traumatic moment of time and concludes, “What a weird year, “I’m glad you were here”. With intricate harmonies and a chill but catchy beat, this single is the perfect end-of-year send-off, giving us hope for a better future. With both Lucy & La Mer and Fab The Duo having loyal fanbases, especially in LGBTQ+ community, this song is bound to take off! While not the typical “holiday” song, “Weird Year” is perfect for December, holiday, and yearly wrap-up playlists.

Lucy & La Mer is the LA-based indie project of singer/songwriter Lucy LaForge. Known for her bright melodies and disarming lyrics, her debut folk-pop EP “Little Spoon” charted on college radio in 2015, followed by a national tour and two semi-finalist spots in the International Songwriter Contest. After landing in LA, Lucy began performing live with a full band (performing shows at LA Fashion Week, The Rose Bowl, CMJ Music Marathon, and for the Mayor of LA among others), catching the attention of major press like Billboard and LA Times. The band’s live shows have become known for their interactive audience participation and community activism. They’ve hosted fundraising concerts for LA’s LGBT Center (the “Love Is Gay” event) and shocked their crowd at Lucy’s Locks Of Love benefit when Lucy 15-inches of her hair on stage to be donated to the cause. 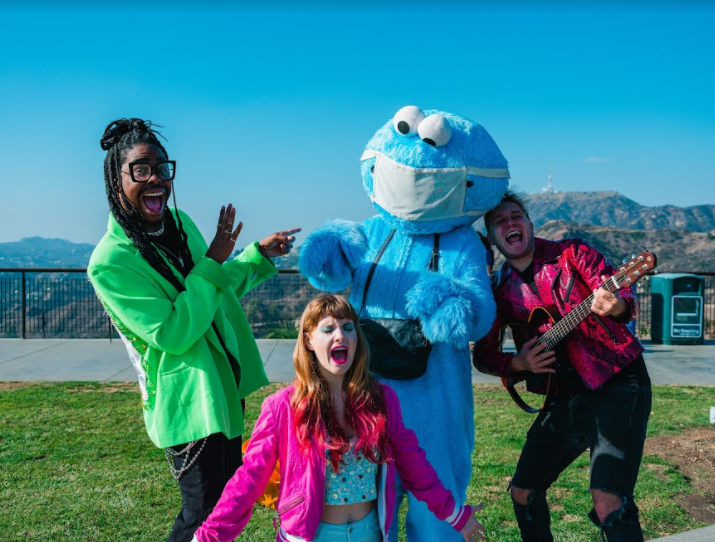 Fab The Duo is a recently Los Angeles-based alternative pop duo, aiming to smash societal norms through music and love. Previously hailing from New York, the glamorous boyfriend pair, Greg Driscoll and Brendan Eprile, had quickly become rising stars in New York City’s nightlife and music scene, performing to energetic crowds at The Bitter End, The Stonewall Inn, and The Cutting Room, as well as the executives at The Madison Square Garden Company. Their music has been featured on notable press like Billboard, Advocate, HuffPost, and Hollywood Life, with Alt Press calling them “a group that should not be overlooked”. They were recently recognized by the John Lennon Songwriting Contest, winning the Song Of The Week Award. Performing at large Pride Festivals in Austin, LA, and Burlington, Fab The Duo hope to change the way people see queer, interracial love in the music scene and beyond. As they make break boundaries and stereotypes as the first gay couple to go mainstream in the music industry, they want their fans (or Fabbits) to follow this simple advice: Be You. Be Proud. And Be Loud!