Maeve Gilchrist’s latest album The Harpweaver (October 9, 3 Birds Music) plays on the idea of artistic nostalgia. When we can’t be with those that we love, surely the next best thing is to experience the catharsis of familiar sounds; notes and words that bring a sense of connection, possibility and joy.

A migrant musician originally from Edinburgh, Scotland, Gilchrist has been making her mark as an inventive and groundbreaking harpist on the streets of New York and Boston for nearly two decades through her collaborations with The Silkroad Project, Nic Gareiss, Viktor Krauss, Ambrose Akinmusire, Darol Anger, Solas and Okkyung Lee.

Hear the title song from The Harpweaver, featuring the Aziuri Quartet, guitarist Kyle Sanna and selected lines of the Edna St. Vincent Millay poem, “The Ballad of the Harp-Weaver,” read by Gilchrist. Watch the album trailer here.

With The Harpweaver, Gilchrist steps into her own as a composer and producer and illuminates her roots as a traditional folk musician through the prism of luscious string parts, electronic manipulation and an archived recitation of The Ballad of the Harpweaver, by the poet Edna St Vincent Millay, a celebrity of Jazz-Age America (Gilchrist was lucky to visit Millay’s former home, where she was scheduled to perform this summer).

“My first impression of Millay’s “The Ballad of the Harp-Weaver” was not of a tale of bleak circumstance, but of the power of maternal love and the symbiotic relationship between instrument and player,” reflects Maeve. The poem was from Millay’s 1923 Pulitzer award-winning collection.

“I always loved hearing old-timers in New York referring to the ‘old’ and the ‘new’ worlds. It embodies the nostalgia and romance inherent in traditional Irish and Scottish music as reflected in this music. It calls to mind old music-hall melodies, memories that won’t dissipate, the spell-binding recitation of a beautiful woman… In essence, this tangle of words and notes is my sonic postcard home, as I stand, like so many migrant musicians before me, on the bank of the Hudson and look East.” 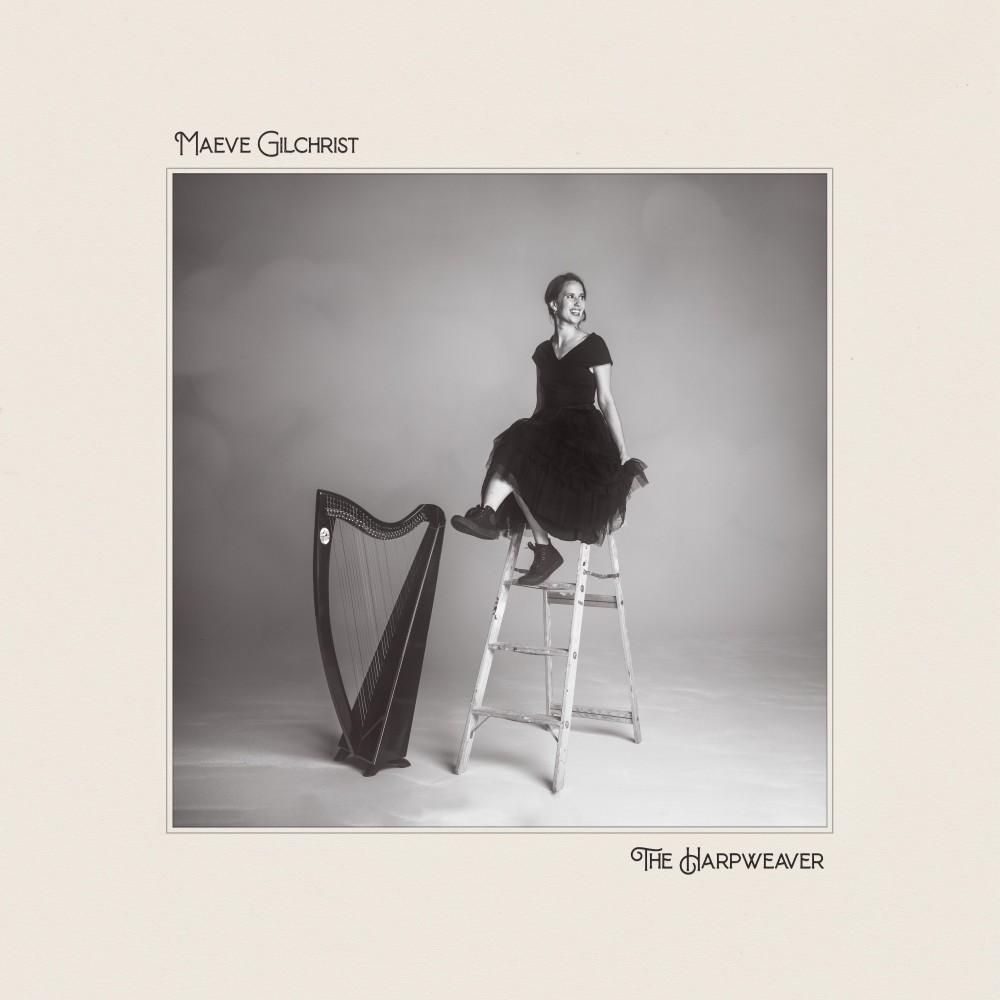 Maeve’s musical career began under the auspicious watch of two harpist aunts on her Irish mother’s side and was nurtured through a steady stream of visiting musicians, folk festivals and sessions in Edinburgh. “It’s a privilege to be able to say that I have folk music in my blood and new music in my fingers,” says Gilchrist. “I believe that anyone coming from a traditional music background is ‘marked for life!’ It’s instilled in me a love of melody and an unshakeable commitment to music as a tool of connection”.

In 2003, her improvisational curiosity brought her over the ocean to Boston’s Berklee College of Music, first as a student and immediately after as the first “lever” harpist to teach on faculty, which she continued to do after moving to New York to pursue new music, new textures and a diverse array of collaborators. In recent years her work as a composer, producer and arranger have allowed her access to some of the finest classical musicians that the city has to offer and the ability to communicate in a range of musical languages.

The Harpweaver is an invitation to suspend time and place and step into a richly imaginative world which may resonate notes of familiarity and comfort, regardless of cultural background.

The Harpweaver will be available October 9 on vinyl and all streaming services. Preorder here.