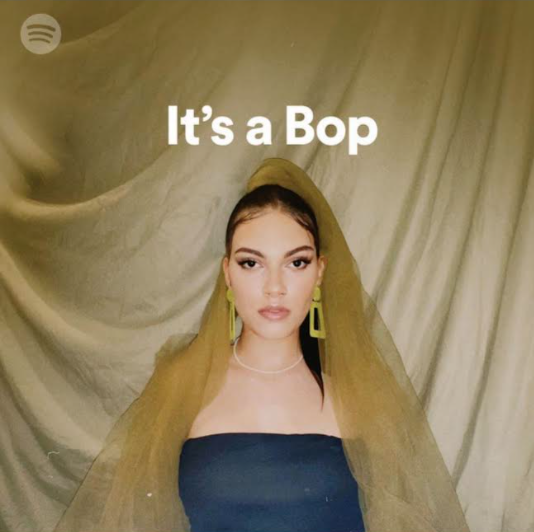 July 16, 2021 [New York, NY] – LA-based pop artist, songwriter and creator, Maggie Andrew, has released the final piece of her three-part trilogy, “Survival Mode,” out now. Throughout this trilogy, we’ve seen a female reclaim her trauma and use her darkest moments as inspiration for others to overcome their own obstacles. Maggie says; “Survival mode is the final moment in the trilogy, where I am truly alone, in the presence of nobody else but myself. I’ve been in a constant state of survival for as long as I can remember. Being alone drowning in my own self deprecating thoughts and traumatic experiences. Even though it’s sad, it’s comfortable being alone, I never want anybody to feel bad for me.” “Survival Mode” is by far the most stripped-back, and vulnerable track of the 3, based around just a piano and Maggie’s powerful vocals. With past singles garnering over 3M streams globally and landing multiple Apple editorial placements [Teen Pop Hits, Indie Pop, Unwind, Wildflower, Breaking Pop, New in Pop, New in Alternative], “Survival Mode”  is set to make an impact. Tune in to The Chart Show on Apple Music on July 26th at 6:00 AM PST and 3:00 PM PST, where Brooke Reese will be supporting the release of “Survival Mode.”

Directed by Grammy-nominated director, Andy Hines [Kanye West, Lizzo, Logic, Luke Combs], “Survival Mode” comes fresh off the release of part 1 and part 2 of the MAGGIE ANDREW TRILOGY, “Honda Civic“ [Part I], “ILMIHM“ [Part II]. As we’ve moved from one video to the next within this trilogy, we get drawn into Maggie’s past life and how she was able to escape it. Maggie states; “Honda Civic is about me leaving Nova Scotia and starting a whole new life, leaving my old life behind, including my Honda Civic and my toxic ex boyfriend who tried to hold me back from chasing my dreams. It’s a song about saying goodbye to the old me and the old reality I used to live and stepping into a new array of self love and confidence.” With emotional and physical abuse still being somewhat of a “taboo” topic, Maggie states “I want this to be a segue for people to know they’re not alone, they have someone, I’m here. I want the women and men who are all going through things to know I’m in your corner. I’ve been through it. For the longest time I felt like I didn’t have a voice, and communication was a skill that I lacked because of an abusive boyfriend who would yell over top of me. I’m not a victim of anything that happened to me; all those people are losers. Now I’m here. This is my calling to be here and to be this person who is a strong symbol of someone who can go through all that trauma and still be powerful.”

“Maggie makes music with teeth.” That’s what Pigeons and Planes had to say about Maggie Andrew’s debut, independently-released single in the summer of 2019. Not only did that song put the 22-year old artist on their radar — but it also put her squarely on the radar of pop behemoth blackbear, who reached out directly to Maggie about collaborating. The track “Sleep 4Ever,” which Alternative Press referred to as a “dreamy and synth-laden,” dropped February 12th via Black Box and has already garnered over 2M streams worldwide. Most recently, the track has taken TikTok by storm; hitting #167 on TikTok’s music charts, accumulating over 42k video creations with 20M+ views on these videos, and garnering plays on iHeartRadio’s TikTok Trending radio station in Australia. The video features art direction from Maggie’s brother, visual artist and Gucci Ghost creator, Trouble Andrew. These co-signs have created an incredible global launchpad for Maggie to share her “unexpected, sometimes  confrontational assortment of words, melodies and  arrangements” – Pigeons & Planes