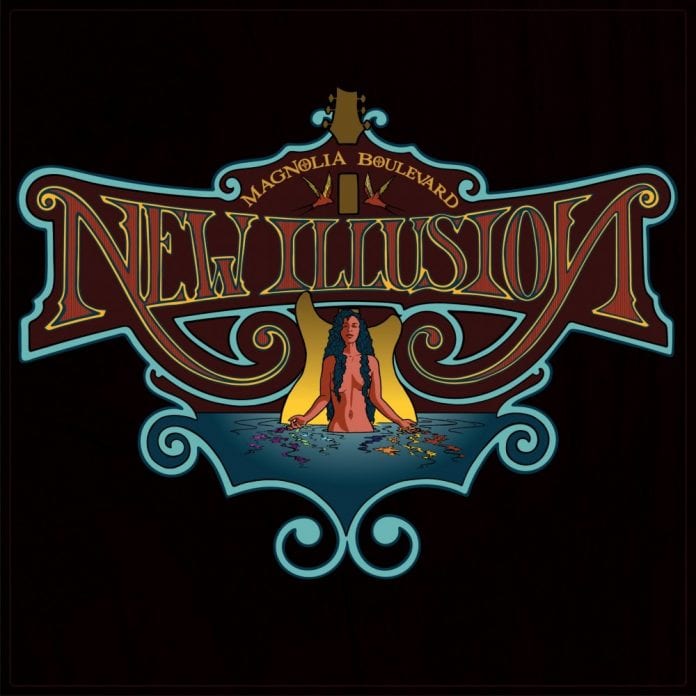 Central to the Magnolia Boulevard experience is a sound that flows easily and seamlessly from a multitude of stylistic tributaries. There’s plenty of blues, soul and rock ‘n’ roll in the mix, but also elements of funk, jam band, folk, country, bluegrass and psychedelia. It’s all fueled by the rhythm section’s elastic grooves, shot through with Erwin’s expressive and incisive slide guitar licks, and topped by Noelle’s soul-stirring, powerhouse vocals.

New Illusion, the band’s debut four- track EP, was produced by famed guitar maker and owner of PRS Guitars, Paul Reed Smith. “When I first heard Magnolia Boulevard, I thought ‘this band deserves a shot,’ says Smith, who discovered the band while on a trip to Lexington to conduct a guitar clinic and was so blown away that he subsequently took them under his wing. “So we flew them to the PRS Experience to begin helping them. The first time Maggie sang in my studio on ‘Sister’ after the band laid down the tracks, she nailed it on the first take. It was quite an emotional moment,” Smith recalls.

Check out the live performance video of “Sister”

Filmed during quarantine at The Burl, the legendary Lexington, KY club that Magnolia Boulevard considers “home base,” having graced its stage countless times since the band’s formation.