Toronto, ON- 18th  February 2021– Marlaena Moore today reveals the new video for her latest single “Carve“. Directed by Laura-Lynn Petrick and filmed on the snowy peaks of The Rockies, “Carve” is taken from Marlaena’s LP Pay Attention, Be Amazed! , and is premiering now via The Big Takeover.

Speaking on the making of the video Marlaena says, “Carve is an especially vulnerable song for me, it was written from one of the darkest times in my life. To be recalling that time while frolicking in the snow was quite something, but Laura-Lynn was so good at making me feel so safe and confident in what we were doing, I happily gave her all my trust and I couldn’t be more proud of the result.”

“I wanted to make something breathtaking and surreal for Carve,” explains director Laura-Lynn Petrick.  “The cold, inhabitable rocky mountains were a heavenly backdrop for the song’s strong emotive qualities! Marlaena was angelic amidst it – with a true fierceness – embracing the snow, negative temperatures and brutal winds with such spirit.”

With the help of Chris Dadge and Chad VanGaalen on production—and several instruments—and a crew of musical artists Moore calls “unbelievable human beings with ungodly talent,” Moore’s latest full-length record fills out and strengthens the sound she has been building for years, while simultaneously gesturing at where her work can grow. 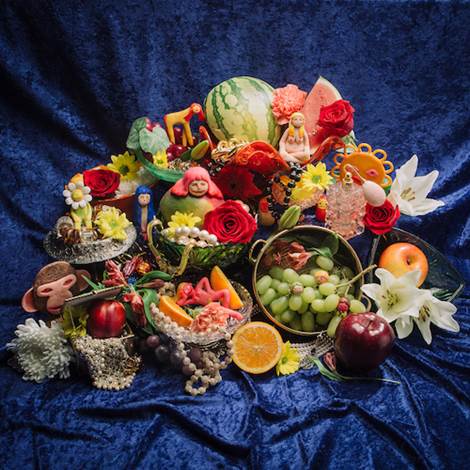 All Alone (Full of Love)