February 7, 2020 – Nashville’s “Americana Queen” (Noisey) Mary Bragg will release her new EP Think About It on March 6th. A creative extension of her 2019 breakthrough album Violets as Camouflage, the EP features a special collection of cover songs including tracks by Jackson Browne, Aaron Lee Tasjan, and Stevie Nicks. They were recorded and produced at her home studio and find Mary taking a step away from telling her own visceral stories through song in order to study and interpret life through the lens of other songwriters. Today, she shared her rendition of Roy Orbison’s classic hit “You Got It,” which debuted on Billboard.

Listen to “You Got It” HERE.

“I wanted to give a bit more of a spotlight to the lyrics because it is a really lovely, sort of voluntarily sacrificial, romantic song about love,” Bragg told Billboard. “Even when you’re aware that perhaps you’re giving too much of yourself to someone, you’re still gonna do it because you love them so much. So I wanted to strip away the rock ‘n’ roll element of it to make it feel like love actually feels. I really felt connected to the song in a way that was really delicate and almost painful.”

Mary first released her cover of Jackson Browne’s “Our Lady of the Well” last fall. She spoke with The Bluegrass Situation and stated, “As a writer, one of the things that keeps me sane is that healthy part of the process which is to sometimes get out of your own head and away from your own stories.” It was followed by Aaron Lee Tasjan’s “Don’t Walk Away” which features fellow Georgia natives Drivin n Cryin. It debuted on Rolling Stone Country who raved, “[“Don’t Walk Away”] deals with the struggle to find belief in a sea of contradictions. Here, Bragg adds some heft to the message by dipping into her soulful lower register, and the arrangement trades some of Tasjan’s idiosyncratic acoustic guitar work in favor of some sizzling, woozy slide-guitar licks.”

Released last March, Violets as Camouflage is Mary’s fourth album and features the single “I Thought You Were Somebody Else” which was recently picked by NPR Music for their Best Music of 2019 series. The album was met with critical acclaim from Rolling Stone who called it “classic country twang with broken hearted sentiment” and NPR Music’s Ann Powers who stated “Her clear, warm alto, reminiscent of Patsy Cline, was made for confidences, and these gorgeously crafted and executed songs touch the listener on a deep level, where insight occurs.” Billboard also raved “Violets’ 14 tracks are among the most intensely personal Bragg has ever written.” Stream or purchase it HERE. 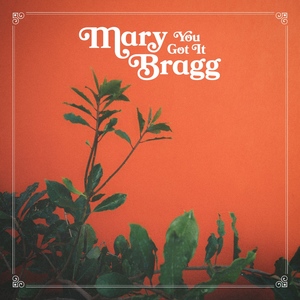