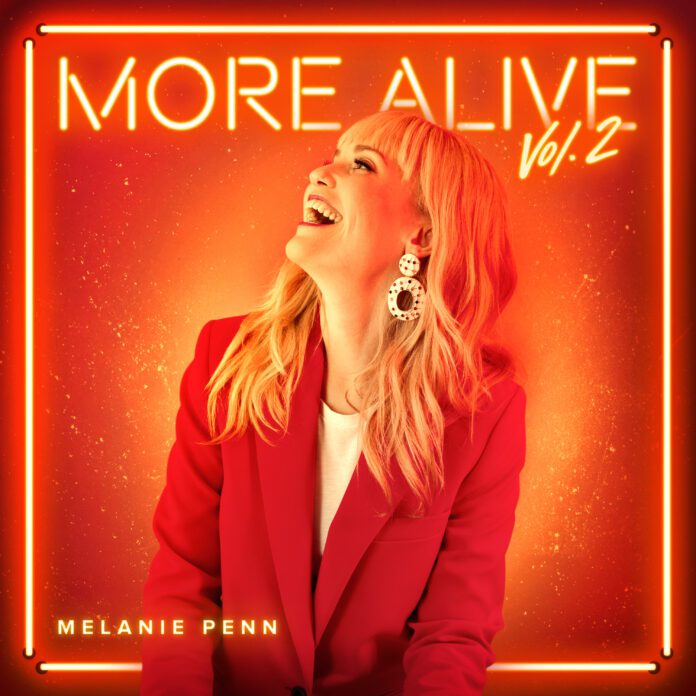 July 15, 2022 – Singer, songwriter and worship leader, Melanie Penn is thrilled to release her new studio album ‘More Alive Vol. 2’ along with the music video for her single “Follow You” that are both out now. The 11 track album is the wrap up of a year of singles. Melanie writes about the album, “More Alive Vol. 2 is the follow up to More Alive Vol. 1! These songs are the soundtrack as we all emerge from a difficult two years. They ring true with faith, hope, love, energy and the promise that every risk is worth it.”

The video for the focus track “Follow You” was filmed with Aaron Craig (We Are Films [New York, NY]) and she describes it as, “We knew we wanted some kind of filmic journey or wandering through the wilderness but we weren’t sure of the right location. During one conversation Aaron suggested, ‘Hey why don’t we go to Iceland?’ It turned out to be perfect – the landscapes in Iceland change every 2 miles! So we got to capture the idea of traveling through different desolate locations. It was the perfect metaphor for ‘Follow You.'”

Melanie Penn is a singer, songwriter and worship leader based in Manhattan. For many years she was a main fixture in the NYC theatre scene and an award-winning musical theatre actress, primarily touring with the Broadway musical ‘Grease!’ She transitioned to songwriting and released three songwriter albums to critical acclaim, Wake Up Love (2010), Hope Tonight (2015), Immanuel (2017) and Immanuel: The Folk Sessions (2019). Immanuel was highly lauded in the Christian and mainstream press, and reached the #1 on Amazon’s worship, holiday, and Christian charts. Mel has served as a worship leader / music director at many NYC churches and while building her music career she also has been part of the Redeemer City to City team led by Tim Keller. She’s been called a “New York songwriter in an age of skepticism.” Melanie released her 5th studio album, More Alive Vol. I in 2020 with Nashville-based producers Ben Shive and Cason Cooley with More Alive Vol. II coming as the grand follow up and continuation of hope and praise.