Home News Music News Tunnel ft Fugazi’s Brendan Canty Announces Debut EP Vanilla Out July 15...
On July 15, Los Angeles-via-Washington, D.C.-based band Tunnel will release their debut EP, Vanilla via House Of Joy (pre-order). Today the band is sharing the official video for “Lemonhead,” the first single to be lifted from the forthcoming release. The single debuted today at Treble Zine and the song will be on all streaming platforms this Friday for any playlist shares.
“Lemonhead” is a soft and cruel single, like the Evan Dando-fronted band of the same name. When Natasha Janfaza sings on the bridge, “love is boring,” she doesn’t sound mopey: she sounds – and is – correct, and a little thrilled about figuring this out so young. When she stretches out the word “quesadillllllla” like a rope of cheese, you’ll know what I mean when I say that her stuff is funny when you least expect it. It’s a voice in control of her many moods, down to mix them up into one remarkably lucid piece of art that doesn’t deign to hide itself in any way. But that’s the thing that Janfaza – and Tunnel – does best: burrow, connect, and feel – hard.
Tunnel’s Natasha Janfaza and her band are big on the idea of not giving a shit. Don’t roll your eyes so quickly: this doesn’t mean they’re into spray-painting the anarchy symbol on their bedroom doors or flicking off the camera at a press shoot for the sake of being shocking – they’re more dauntless, more daring, more unafraid of doing or saying something that might make them look a little corny. That too-muchness is a terrifying thing, but it’s at the core of Janfaza’s spirit, and it’s bled all the way out onto her band Tunnel’s EP, Vanilla, too.

See, Janfaza’s cues are normal enough in the indie world: she’s got a lot of My Bloody Valentine’s ethereality, Liz Phair’s snarl, even a smear of Juliana Hatfield’s whiplash and Bilinda Butcher’s dreamstates – but the ambitions she yanks out of them aren’t. Her references exist because she cares for the way that these lodestars reframed what it meant to feel naked inside a pop’s framework. She loves the way that the singer-songwriter moved into new, moody territory in the ’90s – care of everyone above and their inimitable godhead, Alanis Morissette – but even too how the writers of that era (see: Mary Gaitskill) liked to collapse narratives of sex, obsession, and numbness into strange little stories that felt heavy with stark emotional exhibitionism.

But being an emotional exhibitonist means that Janfaza’s many-sided. Even million-sided. Her experiences sometimes feel like multiple people because she is multiple people – we all are – but there’s a drive inside it that wants it to stay that way – to stay ragged and intimate and cringey, because that’s what’s true. Her work’s queer in its variety and possibility, in how much energy it expends in being flexible and contending with conflicting ideas. This is what makes the chaos of living meaningful.

All of this emotional wayfaring comes from the fact that Janfaza’s so disciplined by trade. She’s a classically-trained violinist – sharpening her blade at Georgetown University – but shifted neatly into the Washington, D.C. punk scene with her three-piece bands and noise show acts – spaces where she really polished her pedigree. (D.C.’s inside her through and through – there’s hardcore in her blood, and on the album: Fugazi’s Brendan Canty is on the drums.) So her forensic detail to attention, her yen for unusually cinematic lyrics, her addiction to giving all of her facets their due instead of robbing herself of any emotion –  it’s the runoff of a mind that’s working through loosening its grip on impositions and plunging headlong into more unafraid-to-go-there modes. 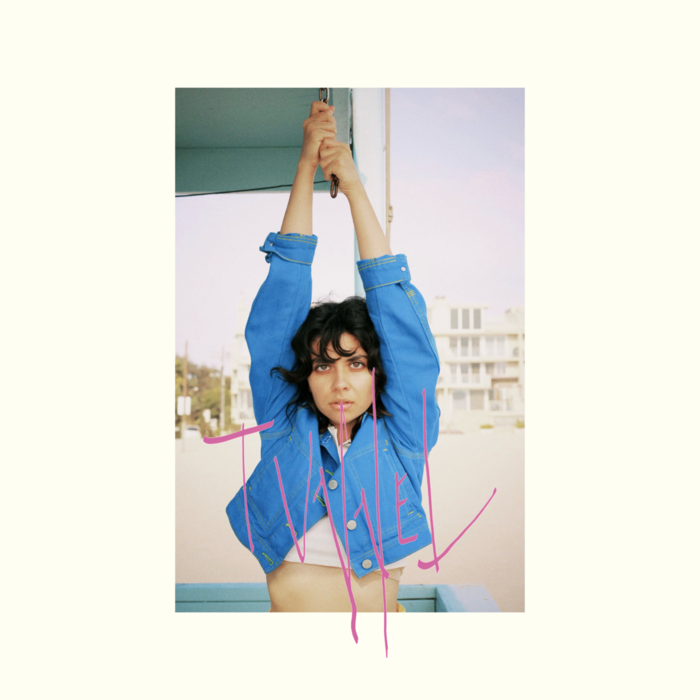