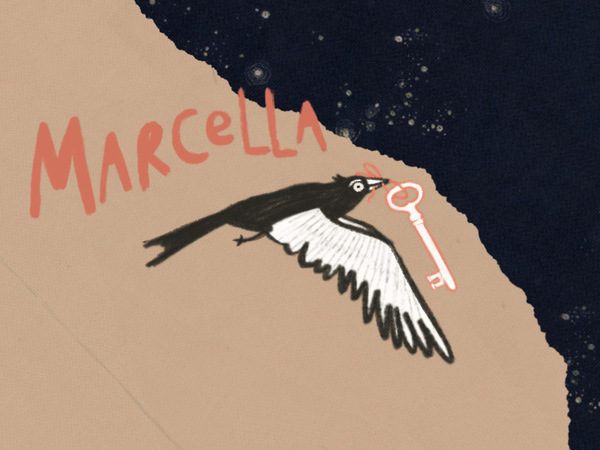 Directed by Gabriele Fabbro and Illustrated/Animated by Serena Viganò in Milan Italy, the “Marcella” lyric video that follows an adventurous bird who travels through city and space to find his love. The song and video for “Marcella” takes its inspiration and theme from love being the key to create change. With everything happening in our world today; the pandemic, climate change, the division in countries, the goal was to create a video with hope.

What started as an original song Sullivan used to sing to her husky dog Anastasia was then brought to Jimmy Edwards for lyrics. Her melody envisioned a bird flying over the ocean for love, which Edwards lyrics fit perfectly. It was then transformed into a Brazilian influenced Bossa Nova beat when fleshed out in the studio and made its way onto her debut album.

“I have always been inspired by Gilberto Gil, Antonio Calos Jobim and the Bossa Nova sound,” said Melissa Sullivan. “My album Late Last Night is an ode to some of my favorite music and is a blend of jazz, pop, and blues of original songs and covers. Gabrielle & Serena’s video beautifully embodies the song’s theme of love being the key to create change via their imagery of lost connections between imaginary lovers.”