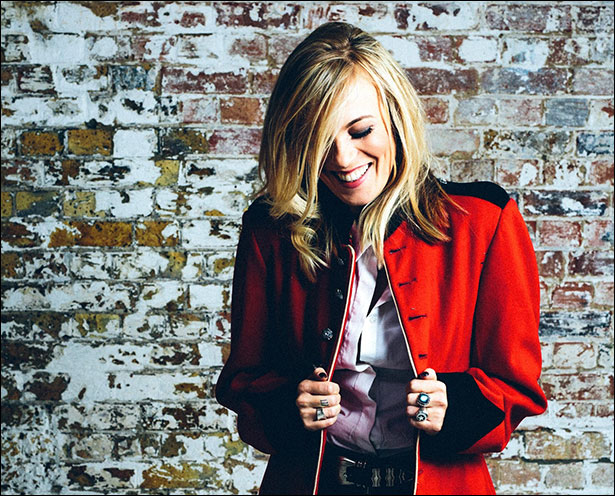 Mollie Marriott is very proud of her heritage (daughter of former Small Faces and Humble Pie singer/guitarist Steve Marriott and step-daughter to singer Joe Brown) but it does not daunt her, she is ready to go it alone with the release of her debut album “Truth Is A Wolf” today via Amadeus Music.   “Truth Is A Wolf” is available on all major platforms – 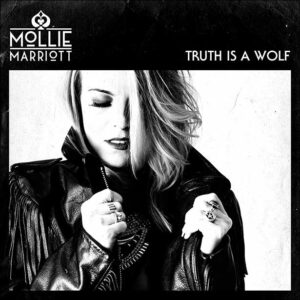 Says Mollie, “I’m really excited about the album. It features a lot of different styles and I think it really showcases my vocals.  We have a lot of fun making the album and I hope people enjoy listening to it. I can’t wait to perform the songs when we tour with Bad Touch this month.”

Mollie collaborated with Paul Weller on the album’s title track “Truth Is A Wolf” and also “King Of Hearts.“ Paul is undoubtedly one of the most influential British artists of his generation, and the album’s quality is testament to his involvement.

“Strong songs with a great voice, Mollie’s got it all.”
– Ronnie Wood, the Rolling Stones

“… and they say the apple doesn’t fall far, it’s not surprising she has an incredibly soulful voice and is a great live performer. It’s been hard waiting for her first solo album to come out as I’ve known all along how important her voice is to be heard.” – Peter Frampton

“Control” is the first single taken from the album, and is supported by an official music video.

“Control is all about taking back control of my music,” says Mollie. “It was important so this was the right single to start with. I’m in the driver’s seat going where I want to go. I co-wrote the song with Sam Tanner, lead vocalist with Brother Strut. We knew right from the beginning Control was the perfect song to release as the first single from the new album.”

Mollie began writing the debut album in Nashville and has fond memories of the recording process. She teamed up with Paul Weller whilst recording, who appears on two tracks, “Truth Is A Wolf” and “King Of Hearts”.

Says Mollie, “I went to Nashville to start writing the album. The title track ‘Truth Is A Wolf’ written by Gary Nicholson, he was going to give it to Bonnie Raitt or Susan Tedeschi – two artists who are big influences to me. I heard the demo just wurli and vocals and thought it summed up my album. It was the perfect tile song.”

“A lot of the songs reflect my life. ‘Broken’ is all about ending a relationship and the effect that had on me and my daughter. It’s a rock album, but there are also elements of gospel and country.  It’s grungy, too. I am a grunge girl. I love Chris Cornell and Pearl Jam.  Alanis Morrissette’s ‘Jagged Little Pill’ is a favourite album of mine, and also a big influence.”