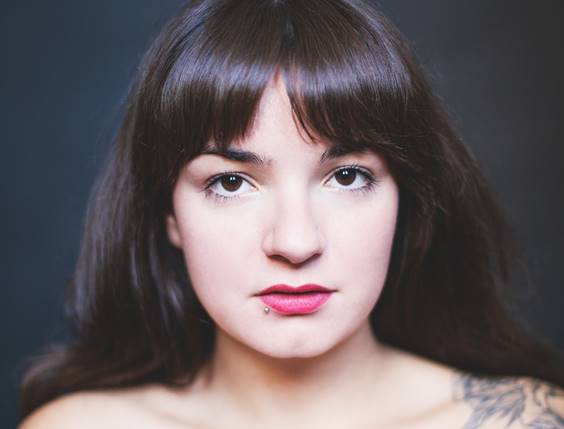 Friday, February 1, 2019 – Toronto, ON) Folk-pop singer-songwriter Geneviève Racette is proud to announce that she will be releasing her sophomore bilingual album No Water, No three parts. The first part will be released Friday, February 1 and it includes the English tracks Northern Star and Parachute  can be found on all digital platforms on here: http://bit.ly/GR-PartOne. Part two will be released in April with the full album in May.

Writing Northern Star provided Geneviève with the therapeutic relief needed while processing the grief of losing a number of family members in a short amount of time. The song has an overall theme of having a constant presence surrounding you, guiding and protecting you through life like a guardian angel. It’s also about acceptance when someone passes with lyrics like “my friend don’t say goodbye”.

The inspiration behind Parachute is about strength, overcoming difficult seasons in life and standing by the ones you love. It was written in 2017 for her partner when they both experienced back-to-back struggles, it’s a song to brighten those dark days simply saing “I’ll be there for you no matter what”.

Geneviève didn’t write the lyrics to Sans Toi, the song spoke to her after she was hired by a friend to write music to the words. While working on the song she felt an intense connection with it and couldn’t imagine anyone else singing it by herself. It’s a song about missing someone, sans toi means ‘without you’.

No Water, No Flowers highlights the growth Geneviève has endured as an adult since the release of her album Les aurores boréales. With her delicate voice she effortlessly transports you into a warm, cozy folk-pop atmosphere with the most personal album she has created yet, covering themes of life, death, grief, love and travels. Pre-production of the album was done at the Banff Centre for the Arts and Creativity in October 2018 with François-Pierre Lue and Luc Herrmann. Following Banff the final production happened at Hotel 2 Tango Montreal with musicians Luc Herrmann (guitar and mandolin), Philippe Fleury (drums), Jeanne Corpataux-Blache (upright bass), Francis Veillette (pedal steel and banjo), Ariane Vaillancourt (piano) and producer François-Pierre Lue and engineer Shae Brossard.

Geneviève Racette is a singer-songwriter from Montreal, Quebec. Her music has been featured on Sirius XM francophone Radio, ICI Musique and other stations across Quebec, she was nominated for Emerging Artist of the Year at the Sirius XM Indies Awards in 2015, has had the opportunity to participate in a residency at the Banff Centre for Arts and Creativity and has shared the stage with the likes of Damien Robitaille, François Lachance, Valérie Carpentier, Ben Kunder and others. She will be releasing her sophomore full-length bi-lingual album in May 2019.

Listen to No Water, No Flowers: Part One